Basically just another good ole boy fraternal organization to promote that which is NOT of God.

It is just like the Masons or any other organization that has secret initiation rights or blood oaths.

Matthew 5:33-37 “Again, ye have heard that it hath been said by them of old time, Thou shalt not forswear thyself, but shalt perform unto the Lord thine oaths: 34 But I say unto you, Swear not at all; neither by heaven; for it is God’s throne: 35 Nor by the earth; for it is his footstool: neither by Jerusalem; for it is the city of the great King. 36 Neither shalt thou swear by thy head, because thou canst not make one hair white or black. 37 But let your communication be, Yea, yea; Nay, nay: for whatsoever is more than these cometh of evil.” 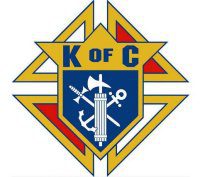 Got Questions – The Knights of Columbus (K of C) is a Catholic fraternal lay organization started in Connecticut in 1881. Father Michael J. McGivney wanted to provide a Catholic alternative to secret societies (such as Freemasonry) and to support the families of men who died while working in factories. The organization grew quickly as men were drawn to the ideals of serving the church and living with loyalty, charity, and respect for others. The fraternity was named after Christopher Columbus as proof of their patriotism to the U. S. Priests may supervise meetings, but they are not allowed to join, as they are already under orders through the church.

Although membership is limited to “practical” Catholic men, the Knights of Columbus are known for their work outside the Catholic Church, as well. The K of C worked to quell religious prejudice, starting with anti-Catholic sentiment and extending into freedom-of-religion causes. Since before World War I, they have supported military service members with recreational facilities and, later, job placement. They were also instrumental in adding “under God” to the Pledge of Allegiance. The K of C cannot endorse political candidates, but they are active in both political and moral causes such as the pro-life movement, religious freedom, racial equality, immigration, and a biblical view of marriage.

Applicants to the Knights of Columbus must be 18 years of age or older and in good standing with the Holy See, and they must accept the teaching authority of the Catholic Church. Boys between 10 and 18 can join Columbian Squires. Some councils have women’s auxiliary groups. Beyond participating in the various service fields, members are eligible for life, long-term care, and disability insurance.

The four degrees of membership in the Knights of Columbus are based on four principles: charity, unity, fraternity, and patriotism. There are also leadership positions, from Assembly Commander to Supreme Master, and a color guard which marches in parades.

Verifiable public controversies regarding the Knights of Columbus are relatively tame. Gonzaga University (a supposed Catholic school) rejected permission for a Knights group application, declaring them discriminatory because they would only allow male Catholics. The K of C heavily campaigned for Proposition 8 in California and is active in the fight against same-sex marriage. There are internal controversies, as there are in any organization, and it’s entirely possible that any fraternal group can take on a cult-like character, although, if this is the case with the K of C, it appears to be limited to individual chapters.

The initiation rites for advancing through the degrees are secret; one internet commenter says, “If you fully embrace Catholicism, you’ll have no problem with the initiations.” That seems to be the gist of the entire organization. Many of the things the Knights of Columbus do are good and benefit society. Much of what they do is even in line with evangelical Christianity. The big “but” being, it is a Roman Catholic organization and one of its primary goals is to advance Roman Catholic beliefs. It is obviously neither recommended, nor possible, for an evangelical Christian to join the Knights of Columbus. Source: Got Questions

Sounds good huh? Yea they do good works and put on a mask, a facade,  just like the masons do, but that WILL NOT get you to Heaven! Inside, these people who are members of these good ole boys clubs, are dead and dying just as a Atheist, Satanist or Witch is.

Matthew 23:24-30 “Ye blind guides, which strain at a gnat, and swallow a camel. 25 Woe unto you, scribes and Pharisees, hypocrites! for ye make clean the outside of the cup and of the platter, but within they are full of extortion and excess. 26 Thou blind Pharisee, cleanse first that which is within the cup and platter, that the outside of them may be clean also. 27 Woe unto you, scribes and Pharisees, hypocrites! for ye are like unto whited sepulchres, which indeed appear beautiful outward, but are within full of dead men’s bones, and of all uncleanness.28 Even so ye also outwardly appear righteous unto men, but within ye are full of hypocrisy and iniquity. 29 Woe unto you, scribes and Pharisees, hypocrites! because ye build the tombs of the prophets, and garnish the sepulchres of the righteous, 30 And say, If we had been in the days of our fathers, we would not have been partakers with them in the blood of the prophets. “