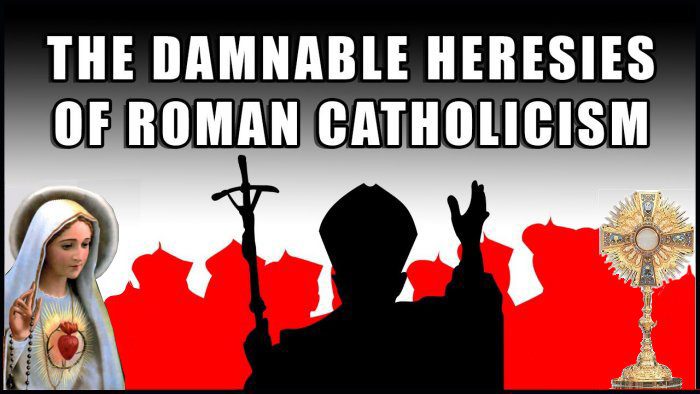 Pope Francis has met with a fourth group of transgender people who found shelter at a Rome church, the Vatican newspaper reported Thursday.

The Blessed Immaculate Virgin community in the Torvaianica neighborhood on Rome’s outskirts opened its doors to transgender people during the coronavirus pandemic.

Francis previously met with some of them on April 27, June 22 and Aug. 3, the newspaper said.

“No one should encounter injustice or be thrown away, everyone has dignity of being a child of God,” the paper quoted Sister Jeanningros as saying.

Francis has earned praise from some members of the LBGTQ community for his outreach. When asked in 2013 about a purportedly gay priest, he replied, “Who am I to judge?” He has met individually and in groups with transgender people over the course of his pontificate. Read more here

Best you educate on  Judging Others: The Biblical Way according to the Word of God

Note: Most  news outlets, and the false prophet pope say “Christians”, when they should have said “Catholics”! This Disciple of Satan speaks for his lemmings, NOT True Christians!

ROME, Italy — Pope Francis held his first meeting with the indigenous peoples of Canada on Monday, in which he repeatedly apologized for the sins and evil committed by Christians against the native population.

Reiterating the nature of his visit as “a penitential pilgrimage,” the pontiff said he traveled to Canada “to tell you in person of my sorrow, to implore God’s forgiveness, healing and reconciliation, to express my closeness and to pray with you and for you.” Read the rest here

The Pope has said it is ‘not a catastrophe’ should he retire as head of the Catholic Church due to health issues that have affected his mobility.

Pope Francis, 85, acknowledged Saturday that he can no longer travel like he used to because of his strained knee ligaments.

He was speaking after a weeklong pilgrimage to Canada in which he apologised to Indigenous peoples for the injustices they suffered in Canada’s church-run residential schools.

The pontiff described the trip as ‘a bit of a test’ that showed he needs to slow down and one day possibly retire. Read the rest here

The Pope Says ‘Humanity Must Repent For Abusing Mother Earth’

Pope Francis has demanded that humans “repent and modify their lifestyles” because of our abuse of Mother Earth.

In a message for the Celebration of the World Day of Prayer for the Care of Creation on Thursday, the Pope condemned the “mistreatment” of our common home stemming from “our consumerist excesses,” “tyrannical anthropocentrism,” “predatory economic interests,” and “short sighted and selfish actions” saying they lead to the collapse of our planet’s ecosystems. Read the rest here

Note: The reason so many Catholics are possessed is it is a Pagan religion and they worship IDOLS!!

A survey from a Vatican-approved religious university in Rome found that Catholic exorcists feel overworked and undersupported by bishops, according to The Times of London.

The course attracted a significant crowd thanks to Pope Francis’s support of exorcism, the paper said. He has previously spoken about helping those who are “possessed by evil,” per The Times, and made exorcism an official Catholic practice, according to the Independent. Read the rest here