Geoffrey Grider | NTEB – This story is fascinating for a variety of reasons, one especially from a numerical perspective. Today is the 465th anniversary of the day that the Roman Catholic Pope Paul IV issued his infamous papal decree forcing all the Jews of Rome into a ghetto. It is for reasons just like this why we say that the Roman Catholic religion is not Christian, and is not biblical, if it were, the Roman Catholic popes would love the Jews, which clearly they do not. Secondly, let’s take a look at the year 1555.

Romans 11:25-27  “For I would not, brethren, that ye should be ignorant of this mystery, lest ye should be wise in your own conceits; that blindness in part is happened to Israel, until the fulness of the Gentiles be come in. And so all Israel shall be saved: as it is written, There shall come out of Sion the Deliverer, and shall turn away ungodliness from Jacob: For this is my covenant unto them, when I shall take away their sins.”

In the bible, 5 is the number of death. Lucifer was the 5th covering cherub, Jesus had 5 bleeding wounds, David had 5 smooth stones to kill Goliath and his 4 brothers, Adam lost his 5th rib to create Eve, and the list goes on and on. But to have a year with triple 5’s and a Roman Catholic pope like Pope Paul IV ordering Jews into a ghetto, that is prophetic. God warned the Jews that, because of their disobedience to Him, they would be “scattered to the four corners” of the world and be trodden down of their enemies. God told them they would be hunted down as the prophet Jeremiah warned.

The Jewish people have no bigger enemy than any Roman pope over the last 1,700 years. Pope Paul IV, in a stunning prefiguring of Adolf Hitler, rounded up the Jews and forced them into ghettos. And speaking of Hitler, he was a ‘triple 5’ man as well, take a look. 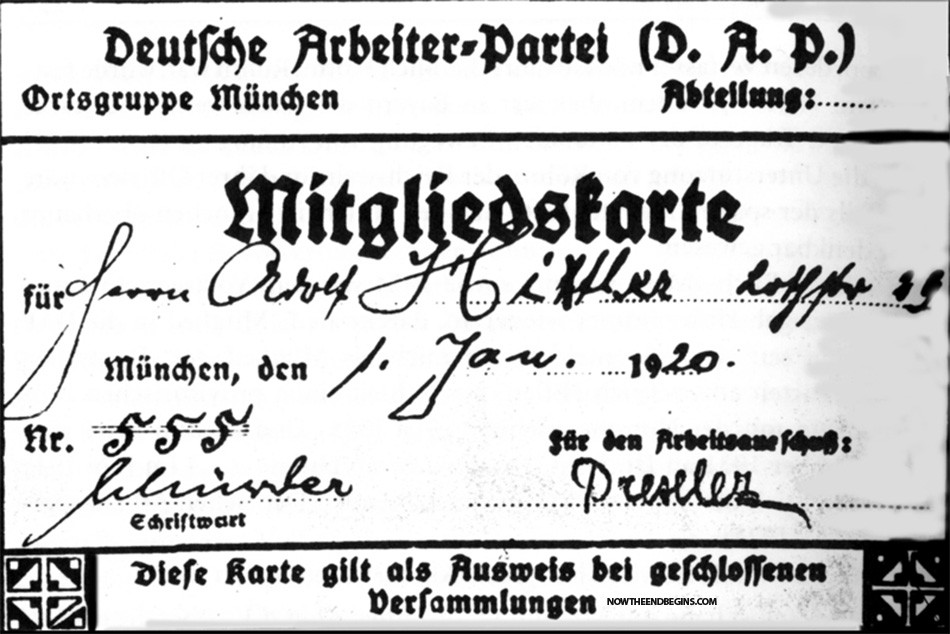 FROM HAARETZ: Pope Paul IV (1476-1559) was an unusually rigid and intolerant pontiff. He had been the leading figure in the establishment of a Roman Inquisition in 1542 (the papal bull that created the Inquisition stated, “Even if my own father were a heretic, I would gather the wood to burn him”), and had overseen the burning of the Talmud in Rome in 1553.

The first in the list of rules was one requiring all Jews in any given town to live in a single district, which was to be enclosed with a wall, and locked at night. The Jews were not allowed to own any property in the ghetto, and were permitted to have but a single synagogue for prayer. Any others that existed at the time of the promulgation of the bull were to be destroyed. Jews were obligated to identify themselves with a yellow head-covering. Professionally, they were limited to the rag trade, unless they were trained physicians, in which case they were forbidden from tending to Christians. They were also prohibited from working on Sundays or on Christian feast days, among other restrictions.

The Roman Ghetto was established on the banks of the Tiber river, one of the least desirable sections of the city, if only because of its tendency to flood when the river’s waters rose. The Jews, who had their own dialect, called Giudeo-romanesco, had to finance its construction, which was designed by architect Giovanni Sallustio Peruzzi. Initially, it could be entered or departed by only two gates, although by the time the walls were demolished, in the 19th century, that number had increased to eight. Since the area of the ghetto could not expand, the only way to add living space was to build up, to as high as seven stories. This helped to block the sun, making the ghetto a dark space.

On the positive side, Christian landlords could not evict their Jewish tenants, nor could they raise rents. At the same time, the Jews were required to go through an annual ritual by which they requested permission to reside in the ghetto, a privilege for which they also had to pay a tax. Before that procedure was instituted, the Jews had to participate as performers in an annual carnival of humiliation.

The abolishment of the Roman Ghetto took place over a period of nearly a century, beginning with the brief period in 1798-99 when the Papal States were overtaken by the Italian Republic. Again in the mid-1800s, there was a period when Jews were permitted to live outside the ghetto, but this too was temporary. Finally, in 1882, 12 years after the final abolition of the Papal States, the ghetto, the last remaining one in Europe, was formally abolished and its walls torn down. READ MORE

International Holocaust Remembrance Day from the Ghetto in Rome

The Roman Ghetto was established as a result of Papal bull Cum nimis absurdum, promulgated by Pope Paul IV on 14 July 1555. The bull also required the Jews of Rome, which had existed as a community since before Christian times and which numbered about 2,000 at the time, to live in the ghetto. The ghetto was a walled quarter with three gates that were locked at night. The wall was built under the direction of the architect Giovanni Sallustio Peruzzi. The money for its construction — 300 scudi — had to be paid by the Jewish community. The area of Rome chosen for the ghetto was the most undesirable quarter of the city, subject to constant flooding by the Tiber River. At the time of its founding, the four-block area was expected to contain roughly 1,000 inhabitants.