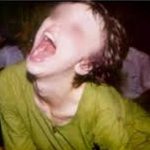 Why you may be thinking? Simple answer is this. A Catholic is NOT Saved, NOT Born Again as scripture teaches and as Jesus commanded.  John 3:1-8 “There was a man of the Pharisees, named Nicodemus, a ruler of the Jews: (He was a RELIGIOUS person just like Catholics and so many others that fill the … Click Here to Read more 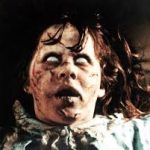 The Vatican Is Bringing Christian Pastors To Rome To Train Them In How To Perform Catholic Ritual Exorcisms Using Saints, Icons And Graven Images Geoffrey Grider | NTEB – More than 241 people, both lay and religious, from more than 40 countries signed up for the course this year, Crux Now reported.“I’m here to understand … Click Here to Read more

UHH, No they don’t! Nowhere in the Bible does it say Demons or Satan fears Mary. The do Fear God! James 2:19 “Thou believest that there is one God; thou doest well: the devils also believe, and tremble.”  You can’t cast out a demon with any other name but Jesus. The book of Acts gives … Click Here to Read more 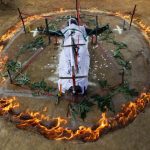 Let me make a statement right off the bat. If Catholicism is this great church of God and according to them is the only way to be saved, Why are so many Catholics becoming Demon Possessed? Read that here. You would think that everyone would flock to the church for protection! Only problem is Satan … Click Here to Read more 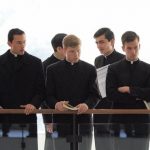 Described as only international series of lectures of its kind What will they “lecture” about? How to make sure that the demons are secure in the person and how to subdue them just enough so they won’t be detected and cast out! That of course will be done if there is time left from their … Click Here to Read more 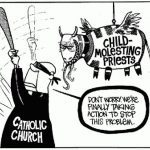 Vatican Cracks Down on Critics of “Dictator” Pope Francis The Vatican has taken new measures to punish critics of Pope Francis in a move that seems to belie the pope’s earlier calls for greater dialogue and debate within the Church. On Thursday, the Rome-based Sovereign Order of Malta, which reports directly to the Holy See, … Click Here to Read more

The Vatican is looking into a group of exorcists who apparently made a pact with Satan on climate change and the death of Pope Francis.

News Alert: The Vatican and the pope himself in in contact with Satan AND is totally controlled by the prince of darkness!

The Daily Beast – ROME—Plinio Correa de Oliveira is almost as peculiar in death as he was in life. Dr. Plinio, as he is still known by his devout followers, was a right-wing Catholic figure who founded the ultra conservative Tradition, Family and Property Association, known in Catholic circles as the TFP.