Why you may be thinking? Simple answer is this. A Catholic is NOT Saved, NOT Born Again as scripture teaches and as Jesus commanded.

John 3:1-8 “There was a man of the Pharisees, named Nicodemus, a ruler of the Jews: (He was a RELIGIOUS person just like Catholics and so many others that fill the pews!) 2 The same came to Jesus by night, and said unto him, Rabbi, we know that thou art a teacher come from God: for no man can do these miracles that thou doest, except God be with him. 3 Jesus answered and said unto him, Verily, verily, I say unto thee, Except a man be born again, he cannot see the kingdom of God. 4 Nicodemus saith unto him, How can a man be born when he is old? can he enter the second time into his mother’s womb, and be born? 5 Jesus answered, Verily, verily, I say unto thee, Except a man be born of water and of the Spirit, he cannot enter into the kingdom of God. 6 That which is born of the flesh is flesh; and that which is born of the Spirit is spirit. 7 Marvel not that I said unto thee, Ye must be born again. 8 The wind bloweth where it listeth, and thou hearest the sound thereof, but canst not tell whence it cometh, and whither it goeth: so is every one that is born of the Spirit.”

When a person is “ Born Again”, the Holy Spirit comes in and does one of two things. It kicks out a demon that was possession the person, or prevents the person from becoming demon possessed. 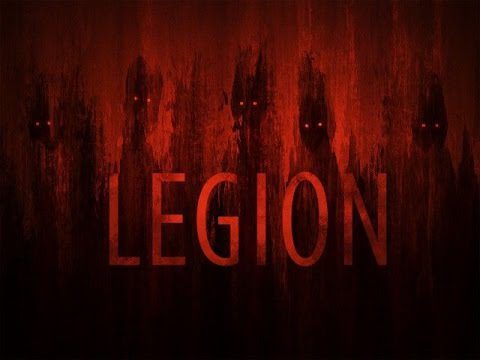 No official data are available, but church leaders say there are more Catholic exorcists in the U.S. today than at any time in recent memory.

Jean Hopfensperger | Star Tribune – They arrive with a crucifix, a book of prayers, holy water and a conviction that the Holy Spirit is at their side. 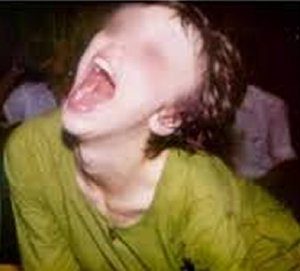 Infrequently summoned for decades, Catholic exorcists say they are now being beckoned across Minnesota and the nation, as pleas from the faithful to “cast out the devil” are on the rise.

“Sometimes they hear voices in their heads,” said Bishop Andrew Cozzens of the Archdiocese of St. Paul and Minneapolis. “They have reactions they don’t understand. Fits of rage. Sometimes it’s a depression they just can’t shake and psychologists can’t help.”

Exorcism, often considered a relic of the Dark Ages, is making a 21st-century comeback. Catholic dioceses, including in St. Cloud and Winona-Rochester, say they now are sending their exorcists to a new U.S. institute that trains spiritual warriors. No official data are available, but Catholic leaders say there are more Catholic exorcists in the United States today than at any time in recent memory.

“When I first was appointed as exorcist in 2005, I knew of only a dozen exorcists in the United States,” said the Rev. Vincent Lampert, exorcist of the Archdiocese of Indianapolis and one of a handful of American exorcists public about their work. “Today I’d say there are at least 175 — and more each year.”

That’s not to mention the countless faith leaders for charismatic and Pentecostal communities who believe in casting out demons.

But psychologists warn that even well-intentioned treatment of traumatized people can aggravate the situation. They urge individuals to focus on evidence-based interventions.

“There are treatments for trauma supported by strong scientific evidence, but exorcism is not among them,” said University of Minnesota psychology Prof. Patricia Frazier.

But not everyone who believes they are possessed and requests an exorcism gets one, church leaders say.

The archdiocese exorcist, Cozzens said, collaborates with several professionals to evaluate the situation. The church encourages people to seek medical or mental health help if deemed necessary, the protocol urged by the Vatican. But if the person exhibits what Catholics view as hallmarks of the devil, such as extraordinary strength or speaking in unknown languages, the spiritual battle begins.

Most U.S. exorcists are parish priests tapped for the work, and they shun being identified to avoid unwanted attention. That was the case with two Minnesota exorcists interviewed for this story. Every bishop must appoint someone to the task. Their preparation ranges from training in Rome to mentoring with a local exorcist.

A growing number from Minnesota are heading to the Pope Leo XIII Institute based in Illinois, founded several years ago by Midwestern Catholics to offer intensive courses on the scriptural basis for exorcisms and how to perform them. The exorcists can now use the first English-language version of the medieval Latin exorcism prayers, which became available in 2017.

Lampert belongs to a small group of exorcists who regularly speak and even tweet about the issue. Perhaps because of this, he said he receives 30 to 40 calls a week from “all types of people,” high schoolers to seniors, men and women, bankers to the unemployed, Catholic and not.

He is among the exorcists appointed after Pope John Paul II asked every diocese to designate an exorcist to battle the growing threats from the occult and other practices.

“I’ve seen eyes rolling to the back of the head, foaming at the mouth, people hissing, people speaking in strange voices … ” Lampert said.

He said one elderly woman picked up a heavy chair and lifted it over her head.

“That catches your attention,” he said.

An exorcist recites a special set of prayers over the person, directly addressing the devil and ordering him out in the name of Jesus. He may also recite the Lord’s Prayer, the Hail Mary, read Bible verses, and cast holy water. A typical session lasts about an hour, Lampert said. For others, the battle continues during several visits.

People fearing demons typically start by contacting their priest or diocese. Some believe they are cursed. Some report that their house is haunted. Some can’t shake perverse thoughts.

One woman reported that an angry co-worker carried out an animal sacrifice in her front yard, said Lampert, and asked for a blessing.

The Catholic church ranks what it sees as devil manifestations into several categories, from activity in inanimate objects such as haunted houses to an individual’s full blown “possession.” Clergy and lay people can say prayers to evict the devil in the less serious categories.

Only exorcists are permitted to drive out demons from those considered fully possessed, who have no control over their own actions. Such cases are rare, exorcists said.

“People have different reasons they seek help,” said the St. Cloud Diocese exorcist, a priest at several rural churches. “Unfortunately, there is a lot of depression and mental illness that people want to attribute to the demonic. … But there are some cases where people truly hear voices, see shadows, feel touches, and/or smell odors that have no other explanation.”

The exorcist from the Diocese of Winona-Rochester said he assisted at an exorcism of a young mother who had been consulting with a medium. He believes such experiments opened the door to evil.

“She screamed and her eyes rolled back white,” he recalled.

Cozzens, who is not the archdiocese exorcist but who has attended sessions, said the archdiocese enlists the support of four special prayer teams to pray for individuals it believes have the lesser forms of demonic influence.

“We’ve found in the past 10 years an increased need,” Cozzens said.

Mainline Protestants acknowledge that evil exists, but are likely to attribute much of the world’s evil to human actions rather than demonic possession.

“The devil has many forms, not just the cartoonish guy with the pitchfork and horns,” said the Rev. Angela Khabeb of Holy Trinity Lutheran Church in Minneapolis.

While belief in organized religion has waned in recent decades, belief in the supernatural persists. Gallup and Harris polls show more than 60% of Americans believe in the devil.

What they do with that belief may be one reason for the growing demand for exorcisms, said Catholic leaders, who argue that Americans are looking for answers in all the wrong places — from YouTube videos to Ouija boards to TV series about zombies and Satan.

“People hunger for knowledge and experience of transcendental things such as God, truth, the afterlife,” said the Winona-Rochester diocese exorcist. “They’re looking in areas that are less demanding and more connected to their personal tastes.”

“I don’t assume there are more demons possessing people today than in the past,” he said.

Laycock also sees competitive market forces at play. The exorcism renaissance is unfolding as other faith groups publicly engage in the practice, he said. That’s particularly true of the charismatic groups that have been attracting disenchanted Catholics.

The Catholic Church on an institutional level is supporting the trend. Pope Francis frequently speaks of the reality of the devil, and has told priests that they “must not hesitate” to refer congregants to an exorcist if they experience “genuine spiritual disturbances.”

For exorcists such as Lampert, the renewed acknowledgment of the devil in the world is important. But that focus is missing the point.

“Exorcists hope that people will focus less on demons,” he said, “and more on God.

What do you do when Catholic Exorcists trying to Cast Out Demons are Possessed Themselves?

Matthew 15:14 “Let them alone: they be blind leaders of the blind. And if the blind lead the blind, both shall fall into the ditch.”