Should the rules in baseball apply to religious scum? I think so. Read this and then what the 3 strikes are afterwards. 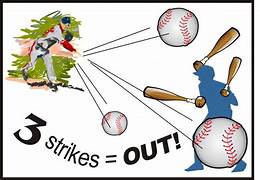 National File – A cardinal has donated funds to transgender sex workers outside Rome who have been hit hard by the coronavirus crisis.

According to The Hill, Cardinal Konrad Krajewski, also known as “the Pope’s Robin Hood,” reportedly transferred funds from the Pope’s charity when a group spoke with a Catholic priest requesting help to buy food, as marginalized groups and sex workers suffer the consequences of social distancing around the world.

NY Daily News reported that the sex workers were from Torvaianica, a small city a little over 20 miles away from southwest Rome, and comprised a group of twenty transgender women between the ages of thirty to fifty.

The sex workers approached Rev. Andrea Conocchia, from the Beata Vergine Immacolata church. But, as the local parish was also struggling financially, they referred their situation to the Vatican for help.

As the sex workers were likely undocumented, receiving assistance from the government would have been out of the question. The Cardinal went onto signal that “mafia pimps” may have taken away their passports in order to exploit them.

“I don’t understand why this is getting so much attention,” Cardinal Krajewski said.

“This is ordinary work for the Church, it’s normal. This is how the Church is a field hospital.”

Krajewski went onto say,””Everything is closed. They don’t have any resources. They went to the pastor. They could not have gone to a politician or a parliamentarian. And the pastor came to us.”

Stating that “we follow the gospel,” the Cardinal added, “They are really in difficulty because sometimes their passports were taken away by the mafia pimps who control them.”

Rev. Conocchia celebrated the Vatican’s decision to transfer the funds, saying it was a “great answer by the Holy Father.”

Sex workers all around the world have been affected by the crisis. In every continent, sex workers have asked for financial assistance from their respective governments to tie them over during lockdown.

1st Strike: He is a Filthy Homosexual and/or Pedophile Preist

2nd Strike: He is helping them break the law! They are Illegal Aliens. They say “undocumented”!

3rd Strike: Not only are they illegal, but they are Tranny’s and  Prostitutes that are spreading disease.

Instead of giving them money from donations of other stupid Catholics, he should be preaching the Gospel of Jesus Christ, thereby helping them to rid themselves of the Demons that are causing them to be sexual perverts!