I am sure she is a snowflake Democrat who needs a safe space for everything too!

Galatians 4:16 “Am I therefore become your enemy because I tell you the truth?”   John 8:32 “And ye shall know the truth, and the truth shall make you free.”

Reason.com – Criminal charges were eventually dropped, and the civil lawsuit has just been thrown out.

[Defendant] anonymously mailed a religious pamphlet to plaintiff entitled “Last Rites” … through the mail room at Kaye Scholer. The envelope was addressed by hand in blue ink, the return address was marked KS [with Kaye Scholer’s address]. The pamphlet, also referred to as a tract, shows a cartoon depiction of a catholic who is sent into the “lake of fire” to “burn in hell” for practicing as a catholic, instead of following the version of Christianity promoted by the pamphlet which is evangelical Baptist. The tract urges the reader to reject Catholicism, or be barred from heaven.

The tract, which is published by Chick Publications, is authored by Jack Chick. The company asserts that it has sold over 150 million copies in over 100 languages, and that ten percent of the publications are aimed against other religions including Mormonism, Islam, Catholicism, and Buddhism.

Plaintiff testified that she became very fearful when she received the tract. Plaintiff testified that the date the envelope was postmarked which was October 15, 2015, was significant to her, because she was on the Staten Island Ferry when it crashed on October 15, 2003. Plaintiff suffered extensive injuries as a result of the crash, and was awarded $813,000 in a lawsuit brought to compensate her for her injuries.

Plaintiff testified that she was frightened by the tract, in part because of violent incidents that took place around the world in 2015.

Yep, proof she is a snowflake Democrat as they are afraid of their own shadow. And she tried to use the courts to extort money so she did not have to not work. Typical Communist Democrat!

Plaintiff eventually discovered that Defendant had mailed her the pamphlet.

Defendant testified that she mailed up to 50 pamphlets from the offices of Kaye Scholer on that date, including to her own family members.

The parties engaged in email correspondence about the tract in January 2016. 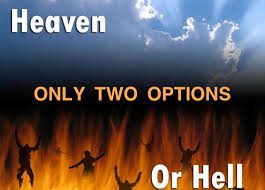 In the emails, defendant apologized for having offended plaintiff. However on January 19, 2016, defendant wrote plaintiff an email that included the following statements:

“We are all going to die (you, me and every member of my family). Where we spend eternity will be determined by a decision we make here on earth—not by how good a person we think we are, or by how many good things we have done or if we believe that we have evolved or ascended to a higher spiritual level….

“Do you recognize yourself as a sinner and understand that there is nothing that you can do to save yourself? ….

“If you understand and believe these things and if you recognize yourself as a sinner in need of a savior, then if you believe on the Lord Jesus Christ thou shalt be saved.

During this period, plaintiff also experienced interference with her emails and phone. Plaintiff believed that defendant was the cause of these disturbances.

Under New York law, there is no civil cause of action for harassment of the type alleged by plaintiff.

The First Amendment to the United States Constitution prohibits the courts of this State from evaluating the religious beliefs of a church or individual.

While the court understands why the plaintiff found the tract and email disturbing, the court does not find that the conduct rose to the level of intentional infliction of emotional distress.

In regards to any alleged claim for personal injury, plaintiff failed to offer any competent medical expert to establish that she was emotionally, physically or psychologically injured as a result of defendant’s conduct….

Defendant Failed to Establish a Claim for Malicious Prosecution

It is well settled that a civilian who makes a complaint to the police or furnishes information to law enforcement authorities, who are then free to exercise their own judgment as to whether an arrest should be made and criminal charges filed, will not be held liable for false arrest or malicious prosecution. Source: Reason