Proverbs 30:20 “Such is the way of an adulterous woman; she eateth, and wipeth her mouth, and saith, I have done no wickedness” 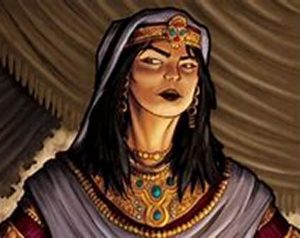 Bangkok (AFP) – Pope Francis led an impassioned mass for tens of thousands of emotional worshippers at a packed Bangkok stadium Thursday, urging respect for prostitutes and trafficking victims in a part of the world where sex work is rampant.

The remarks came at the end of a whirlwind day of meetings for Pope Francis, who is on his first trip to Buddhist-majority Thailand where he is carrying a message of religious harmony and peace.

He heads to Japan next, visiting the twin atomic bombs sites of Nagasaki and Hiroshima where he will seek a ban on “immoral” nuclear weapons.

The 82-year-old arrived at the stadium in a golden robe woven for him from Thai silk, greeting crowds of flag-waving faithful, some wiping tears from their faces at the sight of the leader of the world’s 1.3 billion Catholics.

An estimated 60,000 worshippers gathered for the mass, some pouring into a nearby stadium to watch the hymn-filled service on large screens.

Known for his down-to-earth style, the Pope did not shy away from difficult topics.

He focused on the importance of helping vulnerable children and women “who are victims of prostitution and human trafficking, humiliated in their essential human dignity”.

He also referred to drug addicts, migrants and “exploited sinners and bypassed beggars”.

“All of them are part of our family. They are our mothers, our brothers and sisters. Let us not deprive our communities of seeing their faces, their wounds, their smiles and their lives,” said the Pope, after leading prayers.

The remarks were delivered in a region beloved by tourists but infamous for a thriving sex trade and unchecked human trafficking.

Prostitution is illegal in Thailand, home to at least 300,000 sex workers — some four percent of whom are believed to be trafficked, according to official estimates.

Many women are drawn to the work because they can earn up to 10 times more than the minimum wage, and critics say some corrupt Thai authorities turn a blind eye to the thriving trade. Read more at Yahoo News

Proverbs 6:24-26 “To keep thee from the evil woman, from the flattery of the tongue of a strange woman. 25 Lust not after her beauty in thine heart; neither let her take thee with her eyelids. 26 For by means of a whorish woman a man is brought to a piece of bread: and the adulteress will hunt for the precious life.”

Proverbs 7:10-12 “And, behold, there met him a woman with the attire of an harlot, and subtil of heart.11 She is loud and stubborn; her feet abide not in her house:12 Now is she without, now in the streets, and lieth in wait at every corner.”