Ramon Antonio Vargas and Sara Pagones | Staff Writers and David Hammer | Wwl-tv – The lights inside Saints Peter and Paul Roman Catholic Church in Pearl River were on later than usual on Sept. 30, so a passerby stopped to take a closer look. 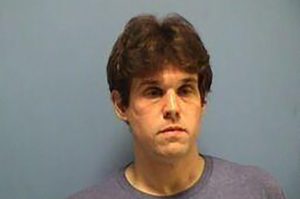 Peering inside, the onlooker saw the small parish’s pastor half-naked having sex with two women on the altar, according to court documents. The women were dressed in corsets and high-heeled boots. There were sex toys and stage lighting. And a mobile phone as well as a separate camera were mounted on tripods, recording it all.

The eyewitness took a video and called the Pearl River police, who arrived at the church and viewed that recording. Officers then arrested the Rev. Travis Clark, pastor of Saints Peter and Paul since 2019, on obscenity charges.

The Archdiocese of New Orleans announced the priest’s arrest Oct. 1 but would not give specifics about why he was arrested. Nor would the police. 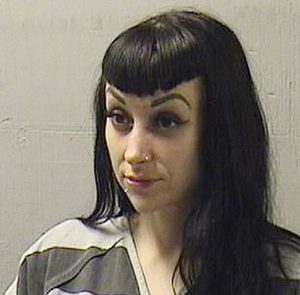 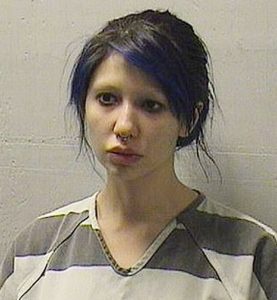 Dixon and Melissa Cheng, 23, were booked on the same count as Clark, 37. Police said the charge stems from from “obscene acts [that] occurred on the altar, which is clearly visible from the street.”

The arrests mark the latest scandal to befall the Archdiocese of New Orleans, after a different north shore priest, the Rev. Pat Wattigny, reportedly disclosed on Oct. 1 to Archbishop Gregory Aymond that he had sexually abused a minor in 2013. Aymond removed Wattigny from public ministry last week and added him to the archdiocese’s list of clergy whom the church believes have been credible accused of molestation.

Clark, who was ordained in 2013, had recently been named chaplain of Pope John Paul II High School in Slidell, in addition to his duties at Saints Peter and Paul. At the high school, he succeeded Wattigny, who had resigned from that position this summer over inappropriate text messages sent to a student. Pope John Paul II’s principal on Tuesday sent a letter to school parents criticizing Aymond for waiting until last week to tell him that Wattigny had been under investigation for those texts since February.

The archdiocese announced it had suspended Clark from ministry the day after he was arrested.

Attempts to contact Clark, Chen and Dixon weren’t immediately successful. All three have bonded out of jail pending the outcome of the case.

The archdiocese would not comment Thursday on Clark’s arrest, saying authorities were investigating the matter.

In Roman Catholic tradition, the altar is among the most sacred of church spaces, serving as the focal point of the Mass and the place where a priest consecrates the Eucharist during the sacrament of Holy Communion. According to church law, known as canon law, when sacred places are violated they must be “repaired by penitential rite” before they can be used again in the Mass.

Days after Clark’s arrest, Aymond went to Saints Peter and Paul and performed a ritual to restore the altar’s sanctity.

The church is vague on the specific acts that would constitute a desecration, but the Code of Canon Law says a violation of a sacred place occurs “by gravely injurious actions done in them” that are “contrary to the holiness of the place.”

That description appears to apply to the alleged tryst as outlined by police in documents filed in Louisiana’s 22nd Judicial District Court in Covington.

On Sept. 30 just before 11:00 p.m., an unidentified person was walking by the church on St. Mary Drive and looked inside through windows and glass doors because the lights were still on. Police allege that the person “observed and had video of Ms. Cheng and Ms. Dixon” using plastic sex toys while engaging in intercourse on the altar with Clark, who was still partially wearing his priestly attire.

The person called the police to the church. Officers arrived to see two women clad in corsets and high-heeled boots by the altar, with “lights set up around them as if they were filming some type of event,” the documents said.

Clark wasn’t on the altar, but an officer who knew Clark to be the church’s pastor tried to call him on the phone. Police then ordered the women to let them inside and, in addition to the lights, noticed a mobile phone as well as a camera, each mounted on tripods.

Attorney for student’s family alleges he was ‘grooming’ the teen for sex; church denies texts had sexual references ‘or innuendo’

The women reportedly told police they were there with Clark’s permission and were recording themselves in “role play.”

Clark soon arrived at the church and reportedly gave a similar account to the police, describing Cheng and Dixon as his guests and friends, police wrote in documents filed in court.

Officers determined everything that had happened was consensual, but they arrested Clark, Cheng and Dixon on accusations that the three had broken a law prohibiting people from having sex within public view. Police said they confiscated the sex toys and camera equipment as evidence.

Clark was later released from jail on a $25,000 bond. Cheng, of Alpharetta, Georgia, and Dixon, of Kent, Washington, posted bonds of $7,500, records show.

Each could face six months to three years in prison if convicted of obscenity.

Aymond sent a letter to parishioners at Saints Peter and Paul on Monday saying the Rev. Carol Shirima would replace Clark beginning Oct. 11.

In rare rebuke, principal of Slidell school blasts archdiocesan leadership for not telling him before Friday

Pearl River Mayor David McQueen said the arrest shocked the town. “There hasn’t been a whole lot of talk, they’re kind of hush-hush about it,” McQueen said.

McQueen said he was aware that the two women had been in Pearl River earlier this week to give statements to police.

Town Council member Kat Walsh, a lifelong member of the church, echoed McQueen. She said parishioners, especially those who are more deeply involved in the church, are the ones who were the most upset by the arrests.

Clark was well-liked by the congregation and considered easy to get along with, she said, and seemed to work diligently with different groups within the church.

“What upsets me is, why did he have to do that there?” Walsh said. “I’m upset for all of us, the parishioners of the church. Why there?”