A Jesuit, an Abortionist and Lucifer gather at a college to raise funds. Which one is more Evil?

Answer: Birds of a Feather Flock Together!! 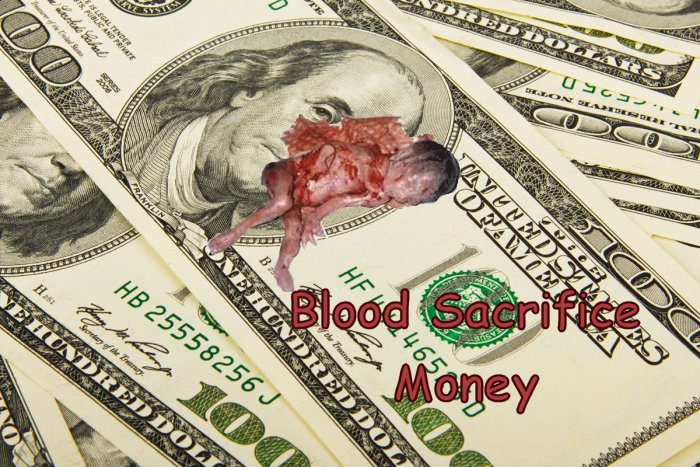 “The Planned Parenthood Fundraiser is an opportunity for us to raise money for a cause we really care about and have fun at the same time!” reads a description posted on the university website’s event calendar.

Loyola Marymount, a private Catholic college in Los Angeles founded by the Jesuit and Marymount orders, has refused to cancel the event despite protests from concerned Catholics and alumni, insisting that the events, actions, and positions of student organizations “are not endorsed by the University.”

For its part, LMU Women in Politics describes itself as “an organization created for the purpose [of] fighting for women’s equality on and off of campus.”

“We strive for a strong emphasis on intersectional feminism,” the group says on its website. “We are committed to making racial justice and LGBTQ+ women, gender queer, and non binary individuals a priority in our fight.”

LMU Women in Politics also posted a statement online thanking supporters of the fundraiser, insisting that “backlash from conservatives on and off campus … will not stop us from creating change and celebrating making history with all of you.”

“If anything, we are more motivated now than ever before,” the group wrote.

Planned Parenthood is the largest abortion provider in the United States and in its report for the 2019-20 fiscal year declared having performed 354,871 domestic abortions.

A number of students, alumni, and other concerned Catholics have protested the event as contrary to the dignity of human beings and to the university’s mission as a Catholic institution.

Loyola Marymount alumna Samantha Stephenson said she was “heartbroken, sad, disappointed, and angry” after learning of the event.

“I know that if there were an event that was marginalizing to any other class of people who tend to be overlooked, forgotten, or exploited in some way then that event would not be permitted on campus,” Stephenson told Crux, an online Catholic news outlet. “For the unborn to be overlooked, it’s really disheartening.”

Loyola Marymount University, a Catholic institution in California is hosting a fundraiser where the proceeds go to Planned Parenthood. In protest of the decision, pro-life supporters drafted a petition. Host of the podcast "Brave New Us," @sstephenson614, shares her reaction. pic.twitter.com/k2ZavYyAFG

“This is not a freedom of speech issue,” Stephenson said. “This is a fundraiser and there will not be a Planned Parenthood representative or any kind of dialogue.”

As of November 4, the petition had garnered some 14,000 total signatures, she said.