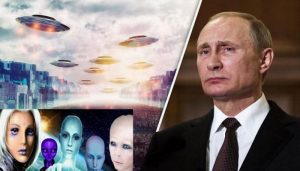 Leo Zagami – First of all there is a deep historical link between the Jesuits and Russia. We know that from its founding in 1540, the Society of Jesus has been one of the most important religious orders in the Catholic Church. Many may not know, however, that it almost vanished from the history books when Pope Clement XIV suppressed the Jesuits worldwide on July 21, 1773, with the brief Dominus ac Redemptor. At that point, Catherine the Great of Russia saved the Society almost single-handedly. She protected the 201 Jesuits she had acquired in 1772 with the First Partition of Poland and insisted that they continue their apostolic work as the Company of Jesus.

For decades her successors continued to support the Jesuits. The Russian branch of the society was the only surviving Jesuit entity in the world after 1780, except for a few Jesuits left in Quebec, where Governor James Murray and Bishop Jean-Olivier Briand refused to implement the suppression. For this reason, the Russian Society served as a beacon of hope for former Jesuits everywhere. Russia made partial restorations of the Jesuit order outside of the empire before 1814, when they were restored to their former glory in the arms of the Catholic Church.

Pope Pius VII resolved to restore the Society during his captivity in France; and after his return to Rome he did so with little delay; on the 7th of August 1814, by the Bull “Solicitudo omnium ecclesiarum.”Theserving general, Thaddeus Brzozowski,was nominated in Russia in 1805, and acquired universal jurisdiction over the whole order. Upon the death of the latter, on the 5th of February 1820, the Russians, who had already banished the Jesuits from St. Petersburg in 1815, expelled them from the whole country.

It seems a remarkable coincidence that Russia would protect the Jesuits just at the time when the Vatican and all other nations turned against them, and reverted to its normal hostility when the Jesuits began to find toleration elsewhere under the wings of protection of the Roman Catholic Church. There is a secret alliance between the Vatican and the Russian Illuminati, that has always favored the actions of the Jesuit presence in Russia, even after  Communism began and Tsar Nicholas II lost power.

This dark alliance was sealed in 1872, when a revolutionary society was formed in Russia with the help of the Jesuits under the simple name, “The Organization,” which had a super-secret circle chillingly named “ Hell.” Though its goals have continued to be pursued for well over a century by groups which continually change their names, the existence of this Illuminati sect has been almost unknown to the outside world. Soviet historians have dared to write about the activities of  Hell, a forerunner of the Russian Communist Party, only as recently as 1965, ninety-three years after its formation. So between Russia and the Vatican there is an old ultra-secret alliance that make deals with extra-dimensional entities.

In recent years, this alliance has been growing thanks to the work of the International Academy of the Illuminatiand Prof. Giuliano Di Bernardo, and the new International Organization for the Destinies of the World considered by Intelligence experts as a new dangerous supranational non-governmental structure directly controlled by Vladimir Putin and the Vatican who are in favor of a Communist Jesuit  New World Order. Illuminati Piergiorgio Bassi, a close friend of John Podesta, who is also involved in the organization with Hillary Clinton is the Italian spokesman of this powerful international organization with offices in various capitals of the world and in Israel.

In recent years, Bassi has been in charge of the secret relations between the Jesuit astronomers of the Vatican Observatory and Putin’s Center for Information, Analysis, and Strategies of Situations that has a whole section that deals with the UFO phenomenon directed by Alexey Savin PhD, officially a Lieutenant-General in reserve, and a fellow of the Academy of Natural Sciences, who in turn controls the International Organization for the Destinies of the World. Russian Military experts have always claimed to know how to contact UFOs and Professor Savin once admitted to a journalist that in the late 1980s a group of researchers from the Expert Management Unit of General Staff actually made contact with representatives of another civilization.

Back in 1989, the New York Times even reported that residents of the Russian city of Voronezh insisted that lanky, three-eyed extraterrestrial creatures had indeed landed in a local park and that a seemingly fantastic report about the event carried by the official press agency Tass was absolutely true.In the last few years, the UFO disclosure movement involves a rather different slice of society aside from the usual UFO enthusiasts. There is, in fact, a transversal and unsuspecting body of Illuminati members of the ruling class that has been enlisted by Russian Military Intelligence operatives all over the world for a secret mission directed by what seems to many as the Legion of Satan.

I know for some this may seem far-fetched, but trust me all the people involved in these organizations are top players of the elite and this is an alliance that goes way beyond the apparent conflict between the Catholic Church and the Russian Orthodox Church.

Some major news outlets even tossed up huge headlines saying Vladimir Putin was about to disclose the reality of an alien presence on earth earlier this year, but there is a global gag order imposed by the Vatican Jesuits that keep world leaders from unveiling the truth about other alien civilizations and UFOs because it will destabilize all the religions.

The Pope will receive Russian President Vladimir Putin in an audience in the Vatican on July 4 2019, Independence Day, to send a cryptic message to the United States and Donald J. Trump who refuse to join the demonic New World Order. It will be the third meeting between the two leaders. The Vatican Illuminati elite is working with the extra-dimensional demons of Satan’s Legion summoned by Russia. This will enable them to fully surround us with a reality of lies and illusions and unveil the identity of the Antichrist upon mankind.