If he is so keen on letting the Muslims in and mixing the Culture, why doesn’t he tear down his walls and let them take over Vatican City??

One day very soon the faithful will have to remove their shoes and pray 5 times a day on prayer rugs in their black mass! 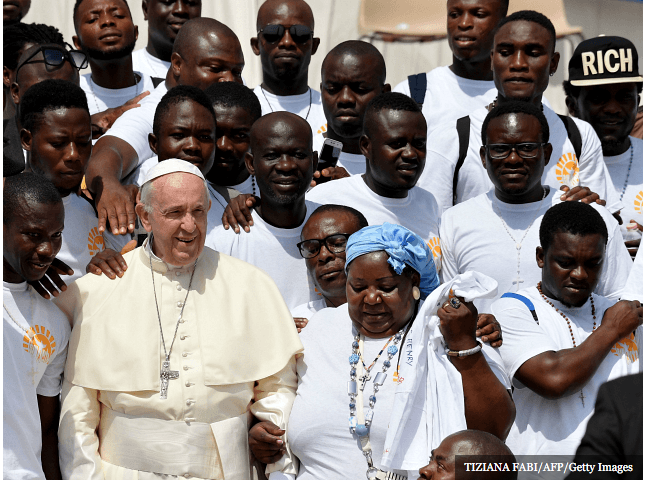 Breitbart “Let us thank God for a multi-ethnic and multicultural society,” the pope told students and faculty of the San Carlo school of Milan gathered in the Vatican Saturday, “because dialogue among cultures, persons, and ethnicities is richness.” 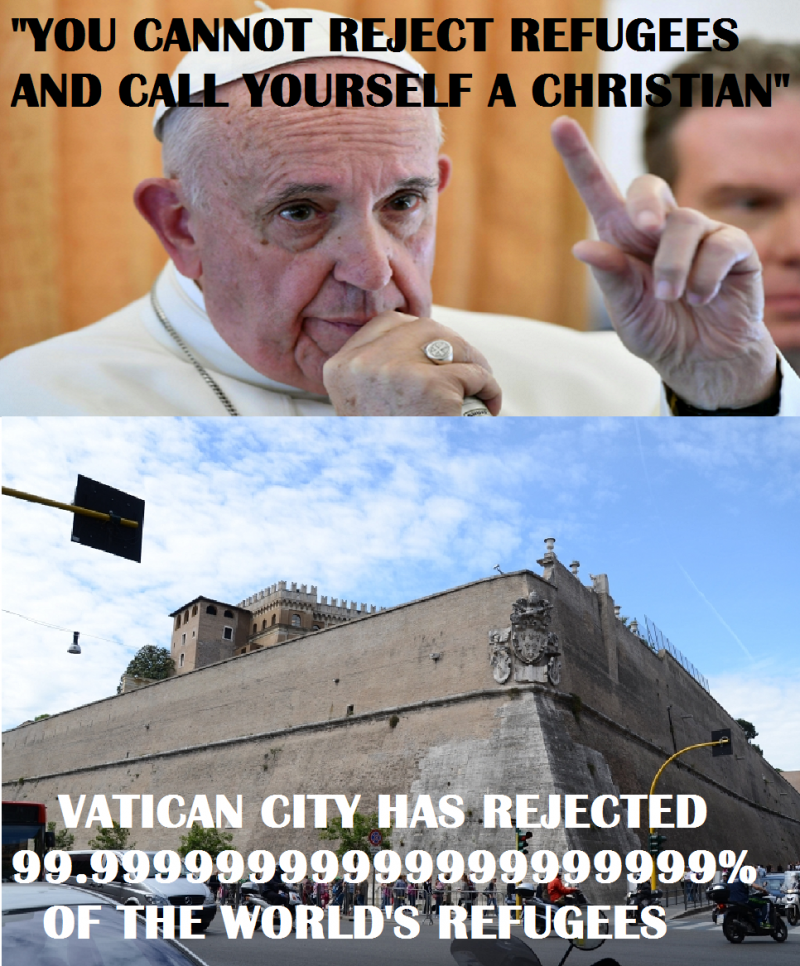 “Migrants are those who always bring us riches. Europe itself was made by migrants! The barbarians, the Celts…,” he said. “All these came from the north and brought their cultures with them. Europe grew in this way, with the contrast of cultures.”

In his off-the-cuff address, the pope seemed to continue a discussion from last week in which he attacked U.S. President Donald Trump over his proposed border wall. Asked by a reporter what he thought of Trump’s wall, the pope warned that “builders of walls, whether they are of razor-wire or brick, will become prisoners of the walls they build. That’s history.”

We need bridges and “we feel pain when we see people who prefer to build walls,” he said. Continuing in the same vein, the pope told the teachers and schoolchildren Saturday to beware of those who build walls.

“Today there is the temptation to make a culture of walls, to erect walls, walls in the heart, walls in the earth to prevent an encounter with other cultures, with other people,” the pope said. “And whoever erects a wall, whoever builds a wall will end up as a slave inside the walls he built, without horizons. Because he lacks this otherness.”

Addressing the hypothetical question of whether all migrants should be welcomed, the pope said the first thing was to keep an open heart. “If I have a racist heart, I have to examine why and convert,” Francis said. “Migrants must be received, accompanied, integrated. Let them receive our values and let us receive theirs, an exchange of values.”

“This is the beauty of human generosity,” he concluded. “We grow richer by welcoming others. Richer in culture, richer in growth.”“But building walls is useless,” he said. What we need is “an open culture that allows us to look at the foreigner, the migrant, the member of another culture like a subject worth listening to, considering, and appreciating,” he said.