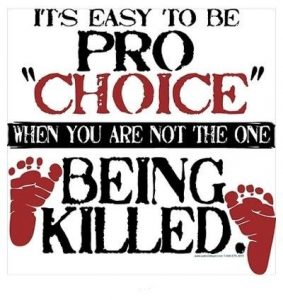 In a series of recent articles and discussions, prominent progressive Catholics have insisted that it is okay for Catholics to vote for a pro- abortion candidate such as Joe Biden because Catholics should not be single-issue voters, and their own opposition to abortion is taken for granted.

It turns out, however, that a full 77 percent of “Democratic and Democratic-leaning Catholic adults say they think abortion should be legal in all or most cases,” Pew noted on September 15.

In other words, rather than begrudgingly accepting the Democrat platform on abortion due to other weighty issues, a significant majority of Catholic Democrats simply agree with the official platform that abortion should be legal.

Conservative groups like CatholicVote have launched campaigns to educate Catholics on the radical pro- abortion platform of the Democrats on the assumption that if Catholics understood what the Democrat Party actually stood for, they would transfer their loyalty to the GOP.

The Catechism of the Catholic Church states: “From the first moment of his existence, a human being must be recognized as having the rights of a person — among which is the inviolable right of every innocent being to life.”

Abortion “is gravely contrary to the moral law,” the Catechism declares, and therefore a person who procures an abortion incurs ex-communication from the Church “by the very commission of the offense.”

Certain progressive bishops have clearly contributed to the moral confusion reigning among Catholic Democrats. Earlier this year, San Diego Bishop Robert W. McElroy made the remarkable claim that the “death toll” from climate change is greater than that of abortion and that neither issue should take precedence over the other.

Currently, nearly a million abortions are committed each year in the United States, and annually more than 40 million unborn babies worldwide die from abortion, making it the leading cause of death in the world.

Pope Francis has called abortion a “scourge” and a “horrendous crime,” famously comparing abortion to hiring a “hitman” to take someone out of the way.

Often the killing of human life in the womb is defended “in the name of safeguarding other rights,” the pope told crowds in 2018. “But how can an act that suppresses innocent and helpless life in its beginnings be therapeutic, civil, or even human?”

“It is like hiring a hitman to solve a problem,” he repeated.

In their letter on the political responsibility of Catholics, Faithful Citizenship, the U.S. bishops indicate that abortion is not just one more policy issue among many, but carries a singular weight because of its gravity.

“The threat of abortion remains our preeminent priority because it directly attacks life itself, because it takes place within the sanctuary of the family, and because of the number of lives destroyed,” the bishops declared.