Genesis 2:7 “And the LORD God formed man of the dust of the ground, and breathed into his nostrils the breath of life; and man became a living soul.” 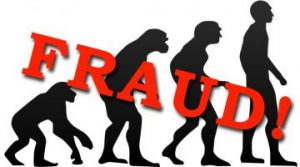 Israel 365 – Last month, the Vatican Observatory Research Group (VRG) launched a new project, a website to present their theories, with the expressed mission of showing the world that “the Church and science can coexist.” A closer look shows that the Vatican project is challenged by the Biblical account of creation and comes very close to explicitly rejecting Genesis.

Established in 1582 by Pope Gregory XIII as the Vatican’s scientific institution, the VRG is currently headquartered in Castel Gandolfo, Italy, and operates a telescope at the Mount Graham International Observatory in the United States. The mandate of the current VRG stated by Pope Leo XIII in 1891 was to “show the world that the Church supports science.”

In a 2002 interview for the Catholic Education Resource Center, George Coyne, a Jesuit who ran the VRG for over a quarter of a century until he retired in 2006, stated that the Vatican policy was to firmly embrace evolution, “both biological and cosmological,” as fact.

“Revelation teaches us that man was created in the image and likeness of God,” Coyne stated, citing Pope John Paul as the source.”New knowledge has led us to realize that the theory of evolution is no longer a mere hypothesis.”

“The Catholic church has long accepted a developmental worldview, complete with descent from apes and a Big Bang beginning,” Coyne said.

“To imagine a Creator twiddling with the constants of nature is a bit like thinking of God making a big pot of soup,” he declares with a rare flash of sarcasm. A bit more onion, a bit less salt, and hey presto the perfect gazpacho. “It’s a return to the old vision of a watchmaker God, only it’s even more fundamentalist.”

Coyne’s writings still serve as the basis for the Vatican’s website. In one paper, he rejects the validity of “intelligent design”, the assertion that certain features of the universe and of living things are best explained by an intelligent cause, not an undirected process such as random natural selection.

In this conflict between evolution and Biblical Creation, Coyne and the Vatican assert that evolution is the irrefutable truth. On the new website, Coyne states that “intelligent design movement lies outside [scientific] methodology.” Read More

Why did God make man out of the dust of the earth?

Got Questions – Genesis 2:7 teaches, “The Lord God formed a man from the dust of the earth and breathed into his nostrils the breath of life, and the man became a living being.” With the rest of creation, God had simply spoken things into existence (e.g., Genesis 1:3, 14, 20, 24), but God does things differently with man.

Three important observations can be made. First, the fact that man was created from dust makes him unique among all of God’s creation. To create the sun, mountains, animal life, etc., God simply spoke. We read, “Then God said” over and over in Genesis 1. Human life, however, included the “dust of the earth” and the very breath of God. Man is a unique combination of earthly, natural material and life-giving power from God Himself. Such a mode of creation highlights the importance and value of human life.

Second, the use of dust suggests a certain lowliness. God did not use gold or granite or gemstones to make man. He used dust, a humble substance. What gives man his glory? The dust, or the breath of God within the dust? Genesis 3:19 notes man’s dependence upon God and the fragile nature of human life: “By the sweat of your brow you will eat your food until you return to the ground, since from it you were taken; for dust you are and to dust you will return.”

Third, the literary structure of the passage puts man’s creation from the dust of the earth in a place of significance. The structure of Genesis 2:5–9 can be broken down like this:

God could have chosen to create humans in any way He desired. However, Scripture records the particular way He did create—using both natural material (dust) and supernatural power to give humans a unique place in the cosmos. The recipe of dust of the earth + God’s breath emphasizes the supernatural power of God and the fragile nature of humanity. Human life is completely dependent upon God, and, as a result, humans are called to worship the Lord and to serve Him only.