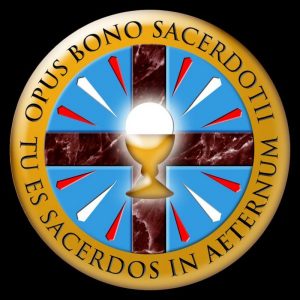 Geoffrey Grider | NTEB – Though Catholic leaders deny the church has any official relationship with the group, Opus Bono Sacerdotii successfully forged networks reaching all the way to the Vatican. The Associated Press unraveled the continuing story of Opus Bono in dozens of interviews with experts, lawyers, clergy members and former employees, along with hundreds of pages of documents obtained through Freedom of Information requests.

When a serial pedophile Roman Catholic priest was sent to jail for abusing dozens of minors, Opus Bono was there for him, with regular visits and commissary cash.

“And upon her forehead was a name written, MYSTERY, BABYLON THE GREAT, THE MOTHER OF HARLOTS AND ABOMINATIONS OF THE EARTH. And I saw the woman drunken with the blood of the saints, and with the blood of the martyrs of Jesus: and when I saw her, I wondered with great admiration.” Revelation 17:5,6

Naturally, the Catholic Church has ‘disavowed’ any connection to the group, but a recent investigation by the Associated Press proves otherwise. The Vatican denied all ties with Nazi Germany also, but history shows that not only did the Roman harlot have ties with Nazi Germany, they also helped the Nazis escape justice at the end of WWII.

Opus Bono Sacerdotii is mad that pedophile priests are being brought to justice, and thier mission is to see that they are released from jail and returned to their parish. They say that brining the pedophile priests to justice is ‘harming the Catholic Church’. Yes, they actually said that. Revelation 18 shows us the day when God Himself will destroy the Vatican harlot and all her daughters in a wonderful, terrible fiery end. That will be a good day. Amen.

FROM THE AP: The visiting priests arrived discreetly, day and night. Stripped of their collars and cassocks, they went unnoticed in this tiny Midwestern town as they were escorted into a dingy warehouse across from an elementary school playground. Neighbors had no idea some of the dressed-down clergymen dining at local restaurants might have been accused sexual predators.

They had been brought to town by a small, nonprofit group called Opus Bono Sacerdotii. For nearly two decades, the group has operated out of a series of unmarked buildings in rural Michigan, providing money, shelter, transport, legal help and other support to hundreds, perhaps thousands, of Catholic priests accused of sexual abuse across the country.

Again and again, Opus Bono has served as a rapid-response team for the accused.

When a serial pedophile was sent to jail for abusing dozens of minors, Opus Bono was there for him, with regular visits and commissary cash. When a priest admitted sexually assaulting boys under 14, Opus Bono raised funds for his defense. When another priest was criminally charged with abusing a teen, Opus Bono later made him a legal adviser.

And while powerful clerics have publicly pledged to hold the church accountable for the crimes of its clergy and help survivors heal, some of them arranged meetings, offered blessings or quietly sent checks to this organization that provided support to alleged abusers, The Associated Press has found.

Though Catholic leaders deny the church has any official relationship with the group, Opus Bono successfully forged networks reaching all the way to the Vatican.

The Associated Press unraveled the continuing story of Opus Bono in dozens of interviews with experts, lawyers, clergy members and former employees, along with hundreds of pages of documents obtained through Freedom of Information requests.

In recent months, two of the group’s founders were forced out after Michigan’s attorney general found that Opus Bono had misused donated funds and misled contributors. A third co-founder, a priest, was abruptly removed from ministry earlier this month after the AP began asking about an allegation that he had sexually abused a child decades ago.

Still, since 2002, Opus Bono Sacerdotii has played a little-known role among conservative Catholic groups that portray the abuse scandal as a media and legal feeding frenzy. These groups contend the scandal maligns the priesthood and harms the Catholic faith.

Opus Bono established itself as a counterpoint to the Survivors Network of those Abused by Priests and other groups that have accused the church of trying to cover up the scandal and failing to support victims of clergy misconduct. Opus Bono focuses on what it considers the neglected victims: priests, and the church itself.

For 25 years, the Rev. Eduard Perrone presided there. Inside the church, commonly known as Assumption Grotto, glossy Opus Bono Sacerdotii brochures tout the pastor’s role as the group’s co-founder and spiritual lifeblood. Stern and imposing, the 70-year-old Perrone is a staunch conservative; he refused to marry couples, for example, if he thought the bride’s dress was too revealing.

Earlier this month, his parishioners were shocked when Perrone was removed from ministry after a church review board decided there was a “semblance of truth” to allegations that he abused a child decades ago. Perrone told the AP that he “never would have done such a thing.”

In the years before Perrone helped start Opus Bono Sacerdotii, he and Assumption Grotto took in at least two priests who had been accused of sexual misconduct at dioceses in other states. One of them later admitted to molesting as many as 50 children in the 1980s and ’90s, according to court documents in Texas.

In 1999, Perrone welcomed the other priest — a West African clergyman named Komlan Dem Houndjame — to come work at Assumption Grotto. Two years later, Detroit Archdiocese officials say, they asked Houndjame to return to his home country, Togo, after learning of accusations of sexual misconduct against him in Detroit and at an earlier posting in Florida.

Instead he went to a treatment facility in St. Louis. In 2002, Detroit police charged him with sexually assaulting a member of Assumption Grotto’s choir. READ MORE

A tiny Michigan nonprofit raised millions to support Catholic priests accused of sex abuse. Now, one of its founders has been accused by his own daughter.