The good thing is these perverts can be forgiven of their Blasphemy and Sin against the Lord if they repent and get Born Again!

Luke 12:10 “And whosoever shall speak a word against the Son of man, it shall be forgiven him: but unto him that blasphemeth against the Holy Ghost it shall not be forgiven.” 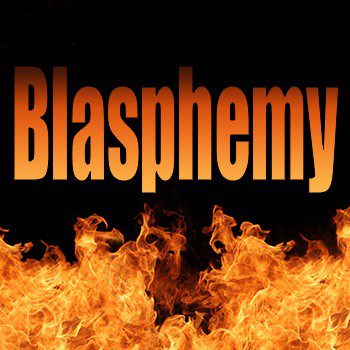 The painting selected by Father Martin depicts Jesus as a gay man, part of a series of 24 works from homoerotic painter Douglas Blanchard, which have been used as illustrations for a book featuring a homosexualized Jesus.

“Meet Jesus as a gay man of today in a contemporary city with The Passion of Christ: A Gay Vision,” reads the Amazon copy for the book. “In stunning new images, the modern Christ figure is jeered by fundamentalists, tortured by Marine look-alikes, and rises again to enjoy homoerotic moments with God.”

As noted by Lifesite News, Father Martin used one of the paintings from the book to illustrate last Friday’s gospel reading in which Jesus throws traders and merchants out of the Jewish temple of Jerusalem.

“Gospel: Today Jesus drives the money-changers from the Temple (Lk 19). NT scholars say this was one of the main events that precipitated his execution,” tweeted the Jesuit. “Yet Jesus is not cowed by opponents. Another Gospel says ‘zeal’ for his Father’s house ‘consumes him.’”

“The 24 paintings in the gay Passion cover Jesus’ final days, including his arrest, trial, crucifixion, and resurrection,” the Amazon description continues. “A queer Passion is important now because Christianity is being used to justify hate and discrimination against lesbian, gay, bisexual and transgender people.”

This is not the first time the Catholic priest has gotten into trouble for promoting active homosexuality. He also famously tweeted out support for gay pride marches and has publicly urged the Church to embrace the notion of families around same-sex couples.

After the release of Father Martin’s 2017 book on homosexual outreach, Building a Bridge, Philadelphia Archbishop Charles Chaput admonished the priest for failing to summon gay Catholics to “conversion,” rather than simply calling for “affirmation.”

What Father Martin’s book “regrettably lacks,” Chaput wrote at the time, is “an engagement with the substance of what divides faithful Christians from those who see no sin in active same-sex relationships.”

The Church is not simply about unity, Chaput said, but about unity in God’s love rooted in truth. This means that active homosexuals (or anyone in an illicit sexual relationship) “need conversion, not merely affirmation.”

At the same time, the Church urges its pastors to treat persons with homosexual tendencies “with respect, compassion, and sensitivity,” while assisting them to live chaste lives.

I believe they, most Catholics, have also Blasphemed the Holy Spirit and that is why they continue in the false religion. God has written Ichabod on the Roman Catholic Church!

What does the term ‘ Ichabod’ mean in the Bible?”

Got Questions – The term Ichabod is found in two places in the Bible, 1st Samuel 4:21 and 1st Samuel 14:3. Ichabod was the son of Phinehas and the grandson of Eli, the priest of the Lord in Shiloh. The sad story of Eli and his two wayward sons, Phinehas and Hophni, is found in 1 Samuel, chapters 2 and 4. Hophni and Phinehas died in battle with the Philistines who captured the Ark of the Covenant and took it away from Israel. Upon hearing this terrible news, Eli fell backward off his chair and broke his neck and died. Phinehas’s pregnant wife went into labor and bore a son.

“And she named the child Ichabod, saying, ‘The glory has departed from Israel!’ because the ark of God had been captured and because of her father-in-law and her husband. And she said, ‘The glory has departed from Israel, for the ark of God has been captured’” (1st Samuel 4:21–22). The word Ichabod means literally “inglorious” or “there is no glory,” and in her pain and despair, the woman (who is unnamed in Scripture) lamented over the loss of the glory of God from Israel.

The glory of God is used to describe God’s favor and blessings toward His people. In the Old Testament, God’s glory is seen as a pillar of fire and cloud that followed the Israelites during the exodus from Egypt, guiding and guarding them (Exodus 13:21). Once the Ark of the Covenant was built and placed in the tabernacle in the wilderness, and later in the temple in Jerusalem, God’s glory resided there as a symbol of His presence among His people. When the Ark was captured by the Philistines, the glory departed from the Israelites— Ichabod became a reality.

Jesus later refers to the concept of the glory of God leaving Israel. In His last message to the populace of Israel, His final word to the religious leaders was “O Jerusalem, Jerusalem, you who kill the prophets and stone those sent to you, how often I have longed to gather your children together, as a hen gathers her chicks under her wings, but you were not willing. Look, your house is left to you desolate” (Matthew 23:37–38). That was His final statement of judgment on Israel for the rejection of their Messiah. He has indicted their leaders and, by indicting the leaders, indicted all the people who followed the leaders. And now He says their house is left desolate— Ichabod, the glory is departing.

Notice that He says your house is desolate. Not My house, not My Father’s house, as He used to call it. Now it’s your house because God has left— Ichabod! God is no longer there, it’s not the Father’s house; it’s not My house; it’s your house. The Greek word translated “desolate,” means “abandoned to ruin.” This place is in abandonment. God has left. It’s cursed, devoted to ruination. And they won’t see Jesus again till He comes in full Messianic glory (Matthew 23:39).

It is a terrible thing to experience the loss of the glory of God. And while Israel’s ruin was temporary “until the fullness of the Gentiles” would be brought into the kingdom of God on earth (Romans 11:25), one wonders how many churches today have lost the glory of the Lord, whether willingly or unknowingly. The same things that caused Ichabod in Israel—sin, disobedience, idolatry—are present in many of today’s churches. Christians must never take the glory of God in our midst for granted, lest we wake up one day and find that Ichabod has become a reality among us.