New York Post – Louis Farrakhan spoke at a Catholic Church on Thursday night in the wake of his Facebook ban and denied that he hates Jewish people while ranting about “Satanic Jews.” 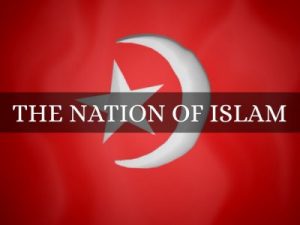 The Nation of Islam leader spoke at the controversial St. Sabina Church in Chicago’s South Side where he claimed to not be a preacher of hatred while castigating those who he said did not follow “God’s word.”

“I’m here to separate the good Jews from the Satanic Jews,” Farrakhan said alongside radical activist Rev. Michael Pfleger, according to the Chicago Sun-Times.

“I have not said one word of hate. I do not hate Jewish people. Not one that is with me has ever committed a crime against the Jewish people, black people, white people. As long as you don’t attack us, we won’t bother you.”

“I’m not gonna let them put you in jail, what they call Facebook jail,” he said. “Some of us did not come out tonight because they did not wish to be censored.”

The preacher also acknowledged: “I am a hated man today — You can’t even have a picture with me.”

Farrakhan spoke to hundreds in the overcrowded church, despite his presence being condemned by the Jewish community.

“I’m not a misogynist. I’m not a homophobe,” Farrakhan insisted. “Do not be angry with me if I stand on God’s word.”