Jesuit Superior: Jesus Was Not ‘Black and White’ on Man/Woman Marriage

What version of the Bible is this fool reading, The Queen James? Biblical Ignorance will NOT be an excuse when this hound of Hell stands before God at the Great White Throne Judgement and is cast into Hell! This Perverted Catholic/Jesuit is a probably a closeted Homosexual and Pedophile which most of them usually are. They rise through the ranks just as Politicians do and are corrupt to the bone marrow!

Cynthia Pawl edited and added to this writing 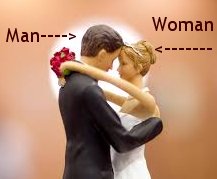 Excerpted from Breitbart: The new superior of the worldwide Jesuit religious order said recently that, as Jesus Christ’s words about marriage were never recorded, there is no basis for a “black and white” church doctrine centering on lifelong marriage between one man and one woman.

In a recent interview with Vatican journalist Giuseppe Rusconi of the Italian Catholic blog Rossoporpora, Father Arturo Sosa Abascal states that Jesus’s words about marriage must be “contextualized” and “discerned.”

“Human reality is much more nuanced” and “never black and white,” said Abascal, who was elected superior of the Society of Jesus in October.

LifeSiteNews has published the translation of the interview – which included the topic of remarriage following divorce. Abascal, who is from Venezuela, was asked by Rusconi about Jesus’s teaching regarding marriage as provided in the Gospel of Matthew: He said to them, “Have you not read that He Who made them in the first place made them man and woman? 5 It says, ‘For this reason, a man will leave his father and his mother and will live with his wife. The two will become one.’ 6 So they are no longer two but one. Let no man divide what God has put together.”

“At that time, no one had a recorder to take down his words,” the Jesuit superior responded. “What is known is that the words of Jesus must be contextualized, they are expressed in a language, in a specific setting, they are addressed to someone in particular.” See the rest of the Breitbart article here.

This Ass Clown FOOL quotes Matthew 19:4-6 but fails to take scripture “contextualized” himself. False teaching ALWAYS has a bit of truth MIXED in with it! Matthew 19:3-8 “The Pharisees (puffed up religious leaders, the same as the Catholic Jesuit trash) also came unto him, tempting him, and saying unto him, Is it lawful for a man to put away his wife for every cause? 4 And he answered and said unto them, Have ye not read, that he which made them at the beginning made them male and female,5 And said, For this cause shall a man leave father and mother, and shall cleave to his wife: and they twain shall be one flesh?6 Wherefore they are no more twain, but one flesh. What therefore God hath joined together, let not man put asunder.7 They say unto him, Why did Moses then command to give a writing of divorcement, and to put her away? 8 He saith unto them, Moses because of the hardness of your hearts suffered you to put away your wives: but from the beginning, it was not so.

Note scripture says “male and female” and “Man” and “Wife”! A “Wife” is a female. NOT another man or a transsexual who is, in reality, a confused demon possessed man who THINKS HE is a woman! 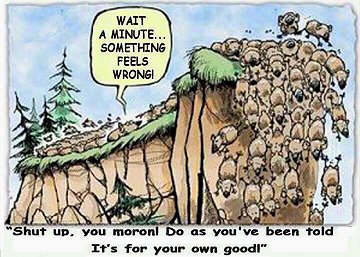 Catholics do not read the Bible. They take instruction from the Vatican. They are taught that only the clergy can understand the bible and the layman must have it explained to them. So whatever the Vatican says goes. If they knew ANYTHING about Biblical Doctrine, they would know that JESUS was around during, and was responsible for Creation, including the Creation OF man and woman!

For the sake of any Catholic that might be reading this article, here is the scripture reference: Genesis 1:26-27 “And God said, Let us make man in OUR image, after OUR likeness: and let them have dominion over the fish of the sea, and over the fowl of the air, and over the cattle, and over all the earth, and over every creeping thing that creepeth upon the earth. 27 So God created man in his own image, in the image of God created he him; male and female created he them”. (Emphasis of OUR added)

For the sake of clarification on one other topic, the Trinity is composed of three persons, God the Father, His Son Jesus and the Spirit of God, The Holy Spirit. Oh so sorry, but that does not include the Virgin Mary. Mary, the one the Catholics want to make co-redeemer is not, and can never be part of the GODHEAD! So ALL of the WORD OF GOD, let me reiterate, ALL of the HOLY BIBLE from the first word in Genesis 1 “In” to the last word in Revelation 22 “Amen” is ALL about Jesus Christ. Jesus Christ who is THE WORD! The LIVING WORD OF GOD! To say Jesus did not address marriage is ludicrous, ignorant, and heresy!

On June 26, 2015, the United States Supreme Court issued a ruling legalizing gay marriage. Across the Atlantic, in mid-July 2013, the Queen of England signed into law “The Marriage Bill,” which allows same-sex couples to marry legally. Around the world, at least fifteen other nations have legalized marriage between same-sex partners. Certainly, societies morals and values change, as societies disintegrate. Obviously, the current societal definition of marriage is changing. But is it the right of a government to redefine marriage, or has the definition of marriage already been set by a higher authority? Source: Got Questions.

Yes, society changes because it is made up of fallible, flawed human beings, including the ones who run the Vatican. However, GOD changeth NOT! And, GOD knew the end from the beginning. Yet, he left no leeway, no wiggle room, no ambiguity in his WORD and his LAW.

When men begin to question the validity and authenticity of the WORD of God, when they begin to apply symbolism and interpretation or apply a particular scripture reference to just one specific time, person, or group, where do you draw the line? Who has the authority to make those determinations? And who pays the price on that final day?

There could not be a more Black and White description of Marriage than what was laid out in Genesis?

In Genesis chapter 2, God declares it is not good for Adam (the first man) to live alone. All the animals are there, but none of them are a suitable partner for Adam. God, therefore, in a special act of creation, makes a woman. Just a few verses later, the woman is called “his wife” (Genesis 2:25). Eden was the scene of the first marriage, ordained by God Himself. The author of Genesis then records the standard by which all future marriages are defined: “A man leaves his father and mother and is united to his wife, and they become one flesh” (Genesis 2:24).

This passage of Scripture gives several points for understanding God’s design for marriage. First, marriage involves a man and a woman. The Hebrew word for “wife” is gender-specific; it cannot mean anything other than “a woman.” There is no passage in Scripture that mentions a marriage involving anything other than a man and a woman. It is impossible for a family to form or human reproduction to take place asexually. Since God ordained reproduction to only take place between a married couple, it follows that God’s design is for the family unit to be formed when a man and woman come together in a sexual relationship and have children.

The second principle from Genesis 2 about God’s design for marriage is that marriage is intended to last a lifetime. Verse 24 says the two become “one flesh.” Eve was taken from Adam’s side, and so she was literally one flesh with Adam. Her very substance was formed from Adam instead of from the ground. Every marriage thereafter is intended to reflect the unity shared by Adam and Eve. Because their bond was “in the flesh,” they were together forever. There was no escape clause written into the first marriage that allowed for the two to separate. That is to say that God designed marriage for life. When a man and a woman make a commitment to marry, they “become one flesh,” and that is why they say, “Till death do us part.”

The third principle from this passage about God’s design for marriage is monogamy. The Hebrew words for “man” and “wife” are singular and do not allow for multiple wives. Even though some people in Scripture did have multiple wives, it is clear from the creation account that God’s design for marriage was one man and one woman. Jesus emphasized this principle when He appealed to the Genesis account to counter the idea of easy divorce (Matthew 19:4—6).

It should come as no surprise that the world desires to change what God has instituted. “The mind governed by the flesh is hostile to God; it does not submit to God’s law, nor can it do so” (Romans 8:7). Though the world is attempting to provide their own definitions for what they call “marriage,” the Bible still stands. The clear definition of marriage is the union of one man and one woman for life.Source: Got Questions.