Maybe he is teaming up with Al Gore the god of Climate Fraud,  or that little Hussy Greta Thunberg 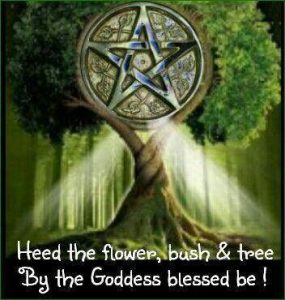 Romans 1:22-25 “Professing themselves to be wise, they became fools, 23 And changed the glory of the uncorruptible God into an image made like to corruptible man, and to birds, and fourfooted beasts, and creeping things. 24 Wherefore God also gave them up to uncleanness through the lusts of their own hearts, to dishonour their own bodies between themselves: 25 Who changed the truth of God into a lie, and worshipped and served the creature more than the Creator, who is blessed for ever. Amen.”

Pope Francis told a Spanish journalist on Sunday that he believes that the coronavirus pandemic is nature “having a fit” in response to environmental pollution.

Stating that “curiously the planet hasn’t been very clean for a long time,” the interviewer asked, “Is it possible that this is nature’s hour of reckoning with us?”

“Fires, earthquakes . . . that is, nature is having a fit, so that we will take care of nature.” Source

False Prophet Melding with the Pagan’s of the Amazon

Another Fool, an Actor, has said the same thing!

Idris Elba suggests the planet created virus to eradicate humanity The Ghost Rider: Spirit of Vengeance actor has made the suggestion that the human race is ‘an infection’ that the world is trying to destroy before we destroy it

Daily Mirror – Idris Elba has suggested that the coronavirus pandemic is a natural reaction from the planet Earth – and says the world is trying to kill the human race intentionally.

The 47-year-old British actor made headlines last week when he revealed he had tested positive for the deadly COVID-19 virus – but has assured fans he is recovering well and that he has not developed any symptoms.

Iris and his wife, 29-year-old Sabrina Dhowre, have been in self isolation since Monday after tests showed he had contracted the virus.

And during an online discussion with talkshow legend Oprah Winfrey on Saturday, the star made the suggestion the planet is consciously trying to eradicate humanity in order to save itself from years of abuse.

So according to his Idiocy, the earth infected HIM, to get rid of HIM!