The Faithful are not rubbing on their Rosary beads hard enough, and are not chanting their hail Mary’s loud enough!! 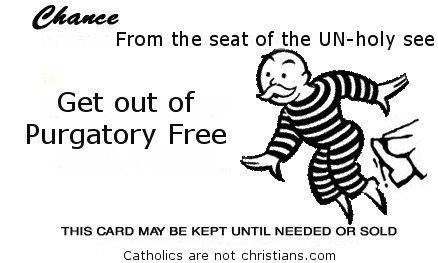 My My the coffers will be filling up once again with so many Catholics dying from the Chinese Wuhan Coronavirus. Grieving loved ones will be trying their best to pay off the church and get their dear departed one out of Purgatory and at the Pearly Gates. Problem is, unless the one who died is Born Again, they will NOT see Heaven! They are in Hell awaiting judgement!

Perhaps the Vatican is helping spread the Plague, because it knows so many will die and they will get a windfall. Their coffers have been severely depleted due to the Pedophile Priests and having to pay out billions to victims. Oh and Catholic, there is NO SUCH THING AS PURGATORY!! You have been duped into believing a lie!

2nd Thessalonians 2:11 “And for this cause God shall send them strong delusion, that they should believe a lie:” 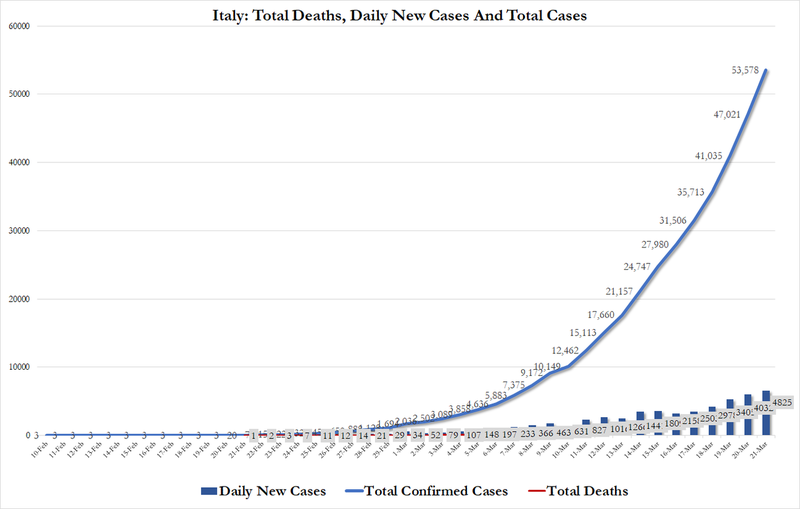 Alana Mastrangelo | Breitbart News – Newly released data from Italy’s Civil Protection reveals that the country’s death toll has jumped from 4,032 deaths on Friday to 4,825 on Saturday, as well as from 47,021 confirmed cases on Friday to 53,578 on Saturday.

In the last 24 hours alone, an additional 793 people have died in Italy due to Chinese coronavirus, shattering the nation’s previously held record — 627 — for the highest daily death toll.

On Thursday, Italy’s coronavirus death toll of 3,405 had made it the country with the highest recorded amount of coronavirus deaths in the world, surpassing China’s officially reported death toll, as the Chinese communist government has claimed a total of 3,245 deaths from the virus that originated in Wuhan, China.

Now, as of Saturday, Italy is nearing 5,000 coronavirus deaths nationwide.

On Friday, the Italian government decided to call in its military to help enforce the lockdown in Italy’s worst-infected northern region of Lombardy, as people have been ignoring the government’s quarantine rules as the nation’s death toll continues to surge.

While the Wuhan virus plagues the nation, most of the confirmed cases and deaths remain heavily concentrated in the nation’s Lombardy region.

Among the 793 people who died in the last 24 hours, 546 of those were from Lombardy, according to a report by La Repubblica.

The report added that 243 mayors in the region have signed a letter to Italy’s prime minister Giuseppe Conte and Lombardy’s governor Attilio Fontana, begging them to ramp up draconian measures in an effort to stop the spread of the deadly virus.

“At the moment, we believe that the adoption of courageous new restrictive measures may represent the only and desirable solution for a tragedy that seems today,” said the mayors in their letter.

“The infected increase relentlessly,” they added. “It has no end.”

Here is another fallacy of of the Catholic Church: Church forgives sins of those stricken by virus

ONLY Jesus Christ can forgive your sin.  1st John 1:8-10 NO MAN has been given that authority!

Vatican City (AFP) – The Catholic Church on Friday granted forgiveness — under certain conditions — for the sins of the faithful struck by the novel coronavirus.

A decree published by the Vatican also covers healthcare workers and those who pray for their wellbeing. Relatives who care for their sick family members may also be forgiven.

The conditions include the sick saying a certain number of prayers or following important celebrations from a distance.

Those who pray for the caregivers’ wellbeing must also read the Bible “for at least half an hour”.

The decree was issued one day after Italy overtook China for the most number of deaths from the new illness.

The pandemic has killed more than 3,400 people in the Mediterranean country.

Vatican City itself has confirmed one infection.

Pope Francis was reported to have been tested for the virus as a precaution after coming down with a cold last month.

The Vatican has never confirmed or denied the report but has stressed repeatedly that the 83-year-old pontiff does not have COVID-19.