Perhaps he is the one who should have went through and Exorcism to get the Pedophile Demons out of him! 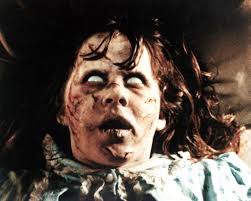 USA Today –  Father Bill O’Malley, an outgoing Jesuit teacher who became a Rochester, New York, celebrity after a star turn in the supernatural film “The Exorcist,” has been accused of sexually abusing one of his students at McQuaid Jesuit High School three decades ago.

The Rev. William J. O’Malley S.J. joined the McQuaid faculty in 1965. By the time he left the Brighton school in the mid-1980s, he was one of the best-known clergy members in town.

He now lives, at age 87, in the Jesuit community at Fordham University in the Bronx. He is widely known not only for his Hollywood stint, but as the author of more than three dozen books and as a lively ambassador for the Jesuit order and Catholic faith.

Until last week, his reputation had been sullied only by his abrupt dismissal in 2012 from Fordham Prep, whose authorities told the New York Post that O’Malley’s old-school teaching style was too “abrasive.”

The Democrat and Chronicle has reached out to O’Malley for comment. ‘Multiple times’

Like most of the complaints filed Wednesday, the language is purposefully vague. It accused O’Malley of sexually abusing a 17-year-old McQuaid student “multiple times” in 1985 and 1986. Some acts of abuse occurred at the school, in a classroom or in hallways. Some occurred at school-sponsored activities.

The plaintiff, identified by the initials J.W., now lives outside Atlanta. According to the complaint, the abuse caused him to suffer “severe emotional and psychological distress, humiliation, fright, dissociation, anger, depression, anxiety, family turmoil and loss of faith.”

As horrifying as that language is, it’s boiler plate. Identical wording describes 10 of the 12 alleged victims of separate allegations in the complaint, which was filed by a pair of law firms from White Plains, New York, and Seattle.

A spokesman for the firms declined to provide any further information about the allegations but did verify the man they are accusing is the high-profile former McQuaid teacher. (A priest named William P. O’Malley III has been accused of molesting numerous boys in western Pennsylvania. They are two different people.)

O’Malley left McQuaid for Fordham Preparatory School in the Bronx after the 1985-86 school year, when the abuse allegedly took place. It was not uncommon for church, religious orders and school officials, confronted with evidence of sexual misconduct, to shift the accused perpetrator to a new location rather than turning him in to police or dismissing him from the priesthood.

But the current administration at McQuaid has no record of any sexual offenses involving O’Malley and had never heard of the 1985-86 accusations until the lawsuit was filed last week, spokesman Sean Mullen told the Democrat and Chronicle.