This is a multi-headed Snake. If you cut off one, another one will take over!

Opening the Mouth of an Ass and Stones Crying Out. Should you take Heed?

If God can open the Mouth of an Ass, give dreams to a wicked Pharaoh, give the heathen wife of Pontius Pilate a dream that made her distraught (Pilate was governor of Judaea who presided at the trial of Jesus and gave the order for his crucifixion.) , then he can do anything! Matthew 27:19 “When he was set down on the judgment seat, his wife sent unto him, saying, Have thou nothing to do with that just man: for I have suffered many things this day in a dream because of him.” 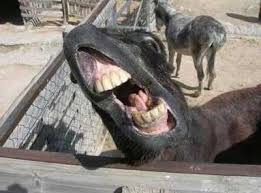 Numbers 22:28 “And the LORD opened the mouth of the ass, and she said unto Balaam, What have I done unto thee, that thou hast smitten me these three times?”

“I was beseeching Jesus and Mary, St. Peter and all of the saintly popes who are buried there (in Rome) to do something……”

Surely he can use a Catholic who THINKS he is a Christian, who prays to dead people and false gods, to Expose the False Prophet!  Why? Because the big name preachers with lace on the panties and the prosperity pimps won’t!

Evangelical leaders are mostly silent and will not speak out against the hierarchy of the Vatican, the Synagogue of Satan. No, they embrace the heretic and more are Departing the Faith: 1st Timothy 4:1-2 “Now the Spirit speaketh expressly, that in the latter times some shall depart from the faith, giving heed to seducing spirits, and doctrines of devils; 2 Speaking lies in hypocrisy; having their conscience seared with a hot iron; “

The LORD is now tired of these Gelded Apostates and seems to be speaking to and through the cohorts in the False Religion. Just like he has opened the mouth of the former Head Ass of the DNC, Dirty Donna Brazile, to expose the dirty dealings of Crooked Hillary Clinton. If more do not rise up, speak out, and get out of the Whore of Babylon, HE will cause the Stones to speak out!

Luke 19:40 “And he answered and said unto them, I tell you that, if these should hold their peace, the stones would immediately cry out.”

Yes, God can speak to and use the Wicked,  the UN-Saved! He used a wicked Pagan King by the name of Cyrus to help the Jews and in turn God showed Cyrus favor:

Cyrus is a king mentioned more than 30 times in the Bible and is identified as Cyrus the Great (also Cyrus II or Cyrus the Elder) who reigned over Persia between 539—530 BC. This pagan king is important in Jewish history because it was under his rule that Jews were first allowed to return to Israel after 70 years of captivity.

In one of the most amazing prophecies of the Bible, Isaiah predicts Cyrus’ decree to free the Jews. One hundred fifty years before Cyrus lived, the prophet calls him by name and gives details of Cyrus’ benevolence to the Jews: “This is what the Lord says to his anointed, to Cyrus, whose right hand I take hold of to subdue nations before him . . . ‘I summon you by name and bestow on you a title of honor, though you do not acknowledge me’” (Isaiah 45:1, 4; see also 41:2-25; 42:6). Evincing His sovereignty over all nations, God says of Cyrus, “He is my shepherd and will accomplish all that I please” (Isaiah 44:28).

Cyrus’s decree releasing the Jewish people, in fulfillment of prophecy, is recorded in 2 Chronicles 36:22–23: “Now in the first year of Cyrus king of Persia, that the word of the LORD by the mouth of Jeremiah might be fulfilled, the LORD stirred up the spirit of Cyrus king of Persia, so that he made a proclamation throughout all his kingdom and also put it in writing: ‘Thus says Cyrus king of Persia, “The LORD, the God of heaven, has given me all the kingdoms of the earth, and he has charged me to build him a house at Jerusalem, which is in Judah. Whoever is among you of all his people, may the LORD his God be with him. Let him go up.”’” Other Old Testament books that mention Cyrus include Ezra and Daniel.

King Cyrus actively assisted the Jews in rebuilding the temple in Jerusalem under Ezra and Zerubbabel. Cyrus restored the temple treasures to Jerusalem and allowed building expenses to be paid from the royal treasury (Ezra 1:4–11; 6:4–5). Cyrus’s beneficence helped to restart the temple worship practices that had languished during the 70 years of the Jews’ captivity. Some commentators point to Cyrus’s decree to rebuild Jerusalem as the official beginning of Judaism.

Among the Jews deported from Judah and later placed under the rule of Cyrus include the prophet Daniel. In fact, we are told Daniel served until at least the third year of King Cyrus, approximately 536 BC (Daniel 10:1). That being the case, Daniel likely had some personal involvement in the decree that was made in support of the Jews. The historian Josephus says that Cyrus was informed of the biblical prophecies written about him (Antiquities of the Jews, XI.1.2). The natural person to have shown Cyrus the scrolls was Daniel, a high-ranking official in Persia (Daniel 6:28).

Besides his dealings with the Jews, Cyrus is known for his advancement of human rights, his brilliant military strategy, and his bridging of Eastern and Western cultures. He was a king of tremendous influence and a person God used to help fulfill an important Old Testament prophecy. God’s use of Cyrus as a “shepherd” for His people illustrates the truth of Proverbs 21:1, “The king’s heart is in the hand of the LORD; he directs it like a watercourse wherever he pleases.” Source: Got Questions

Neon Nettle – One of the highest-ranking officials in the Catholic Church has claimed that God came to him in a vision and told him to warn Christians that Pope Francis is “ evil” and a “false prophet.”

Father Thomas Weinandy, was formerly the doctrine chief of the U.S. Conference of Catholic Bishops (USCCB) but was sacked after he published a letter attempting to expose Pope Francis, saying that a “clear sign” from God convinced him he had an “apostolic mandate” to write it.

The letter revealed that Pope Francis’s papacy is marked by “chronic confusion,” the diminishment of doctrine, and a “culture of fear” that is being used to usher in an “ evil New World Order agenda.” Weinandy said that God told him that Francis, real name Jorge Mario Bergoglio, is using his power and influence to steer his flock away from traditional Christian values and towards “Satanic politics.”

LSN reports: After making this letter public, the USCCB asked Weinandy to resign as a consultant to them, and he did. The USCCB president then issued a statement on “dialogue” in which he pledged the U.S. bishops’ “loyalty” to Pope Francis. Weinandy told The Catholic Thing’s Robert Royal that he was thinking about writing the letter while in Rome last May. He had been “praying about the present state of the Church and the anxieties I had about the present Pontificate.”

“I was beseeching Jesus and Mary, St. Peter and all of the saintly popes who are buried there to do something to rectify the confusion and turmoil within the Church today, a chaos and an uncertainty that I felt Pope Francis had himself caused,” Weinandy recalled. Source: If you care to read the rest!

Bastard Pope: One of the Most Hated men in the World

Pope Francis is one of the most hated men in the world today. Those who hate him most are not atheists, or protestants, or Muslims, but some of his own followers. (one should ask the question, if they hate him why do they follow him? Because they are religious and are under the spell of a satanic cult!) Outside the church he is hugely popular as a figure of almost ostentatious modesty and humility. From the moment that Cardinal Jorge Bergoglio became pope in 2013, his gestures caught the world’s imagination: the new pope drove a Fiat, carried his own bags and settled his own bills in hotels; he asked, of gay people, “Who am I to judge?” and washed the feet of Muslim women refugees. See more here

The move to bring ALL Christians under the authority of Rome is his goal and that of the Anti-Christ!

When the LORD raised up Martin Luther and he saw that man was Justified by FAITH, not by works or the church, that was a beginning. However, 500 years later most who call themselves Christians, in most denominations, still have not broken out of that box.

Religion is still as screwed up as it ever was and maybe more so! Luther had the right idea but still clung on to the indulgences of the Catholic Church. Mike Muzzerall of Family Worship Center said it best. “If you don’t get Jesus right, it dose not matter what else you do get right”!  Luther was wrong about Jesus and Salvation and everything else!

There is a move to reunite and merge Orthodox and Roman Catholics. That should produce really retarded offspring!

The Apostate Evangelicals are making a move to buddy up with the Pope. Some have actually converted to Catholicism.

They are even trying to create Chrislam, the merging of Christianity and Islam 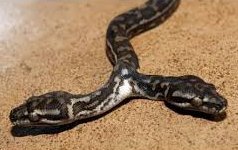 Again, This is a multi-headed Snake. If you cut off one, another one will take over!