With so many Catholics being Demon Possessed in Italy, it is no wonder God is making known the Perversion and Iniquity in the Whore of Babylon! 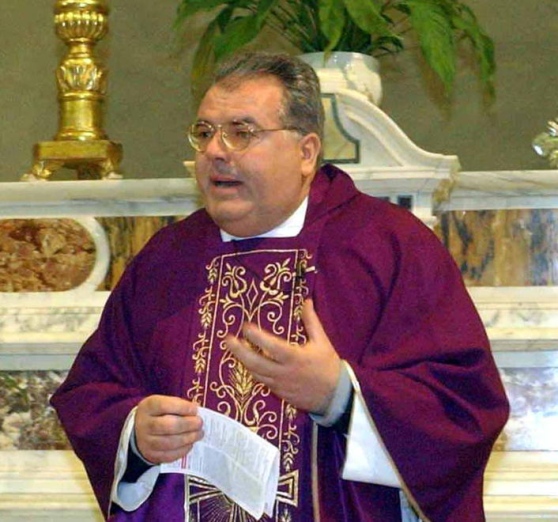 Devils Advocates Church Militant – An Italian archdiocese is embroiled in scandal as reports are surfacing of a gay priest on trial for allegations of blackmail, embezzlement and other crimes. Fr. Luca Morini Father Luca Morini, known to his flock as “Don Euro” for his extravagant lifestyle, has recently been scheduled for a hearing in the Court of Massa, the medieval town in Tuscany where he used to run two parishes. The preliminary hearing is set to take place on March 8, where the judge will examine the evidence for accusations of fraud, drug distribution, embezzlement, extortion and self-laundering.

The case began when male escort, Francesco Mangiacapra, decided to go public about services he had been rendering to Fr. Morini, who falsely presented himself as a judge. When the escort found out that his prodigal client was a simple parish priest, he decided to inquire about the financial source for all the lavish dinners and expensive gifts. Mangiacapra suspected the money came from the faithful and decided to report Fr. Morini to the diocese of Massa Carrara-Pontremoli. 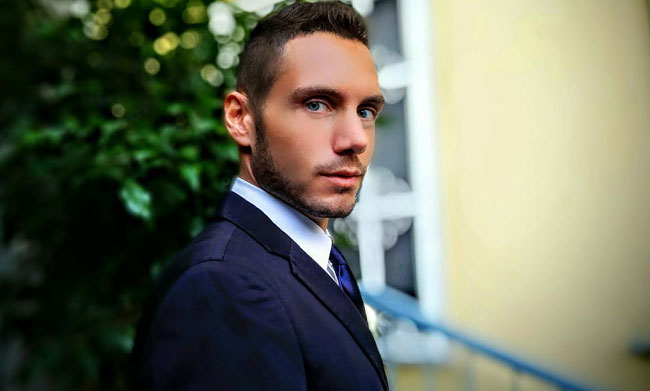 But the diocese only acted once it found out that national broadcast show Le Iene was after the priest, so the bishop suspended him from his activities “due to sickness” and then transferred him to a €200,000.00 house, bought especially for him (monthly utility bills and maid included). These were allegedly obtained from the bishop of Massa Carrara-Pontremoli, Giovanni Santucci, through blackmail, as Morini had “threatened to expose to the public eye unpleasant facts about many diocesan priests.” Bishop Santucci also gave Don Euro €4,500,00 from his own personal bank account, as well as €1,000.00 from diocesan funds. The bishop is also currently under investigation.

The episode aired by Le Iene shows footage of Fr. Morini snorting cocaine and parading in the company of several male escorts, as well as interviews with many of the parishioners, who testify that the priest was constantly pestering them for money, even during confessions.

One of the priests interviewed by Le Iene declared that Morini “arrived to the point of blasphemy: He would choose a member of the faithful and tell them he had seen Padre Pio in the Host, and that Padre Pio had mentioned that person by name. … He would then request thousands of euros from that person, promising that the offer guaranteed Padre Pio’s protection.”

Another diocesan priest wrote an anonymous letter to the show’s staff: “It hurts me to say that Fr. Morini has behaved this way for approximately 20 years, stealing and deceiving the elderly and those most in need, all seemingly under the protection of the powerful.”

Fr. Morini has behaved this way for approximately 20 years, stealing and deceiving the elderly and those most in need, all seemingly under the protection of the powerful.Tweet

When the investigation was concluded last June, the police managed to trace to Fr. Morini €700,000 in cash and €150,000 in diamond investments. He was known in the best restaurants, resorts and five-star hotels in Rome and in Tuscany, and would always provide the drugs.

“The cocaine was always Morini’s,” said Mangiacapra. “I’m an escort, I’m not a drug dealer.”

Last week Mangiacapra handed a 1,200-page dossier to the archdiocese of Naples with documents (including sexually explicit pictures) that prove the escort’s involvement with 60 priests from all over Italy. Explaining his motivations to newspaper Corriere della Sera, Mangiacapra said, “The goal isn’t to hurt the people I’ve mentioned [in the dossier], but to help them understand that their double life … isn’t useful to them or to the people who rely on them for guidance.”

He continued, “Their behavior is, in many cases, a result of the impunity that the high hierarchy of the Church has made habitual: that unjust tolerance that feeds the idea that it is possible to separate that which is lived from that which is professed, as typical of those who have a schizophrenic, double morality.”

Mangiacapra received an anonymous death threat in early January. The letter made references to his book Il numero uno: confessioni di un marchettaro,(“Number One: Confessions of a Male Escort”), where he mentions many of his adventures with Italian priests (no names were disclosed in the book).

“I am worried because the letter arrived at my home address, which is not public,” the escort said. “I am reporting it to the police, because if others letters were to arrive, we can take action.”

The initial letter indicates more notes may be forthcoming: “Your popularity makes you very traceable, as you can see now, and will see again in the future.”

Source: The rabid defenders of the Whore of Babylon –  Church Militant