They have essentially made the Criminal Felon an Idol and elevated the Dope Head to be Sinless like Jesus.

Galatians 5:19-21 “Now the works of the flesh are manifest, which are these; Adultery, fornication, uncleanness, lasciviousness, 20 Idolatry, witchcraft, hatred, variance, emulations, wrath, strife, seditions, heresies, 21 Envyings, murders, drunkenness, revellings, and such like: of the which I tell you before, as I have also told you in time past, that they which do such things shall not inherit the kingdom of God.”

Catholics are pretty much into All of the above and are Ignorant! Why? Well Scriptures tells us

John 8:47 “He that is of God heareth God’s words: ye therefore hear them not, because ye are not of God.”

This modified post is from The Gateway Pundit to add my input and disgust!!

The Catholic University of America has paintings of George Floyd as Jesus hanging outside of the university chapel in the campus ministry office and inside its law school.

Paintings depicting George Floyd as Jesus Christ hang in both The Catholic University of America’s campus ministry office and its law school, The Daily Signal has learned.

Catholic University appeared to shrug off responsibility for the painting Monday, telling The Daily Signal that artist Kelly Latimore’s painting “Mama” depicts “the Virgin Mary supporting the body of the dead Christ”—although the artist has indicated repeatedly that his painting depicts both Floyd and Jesus. 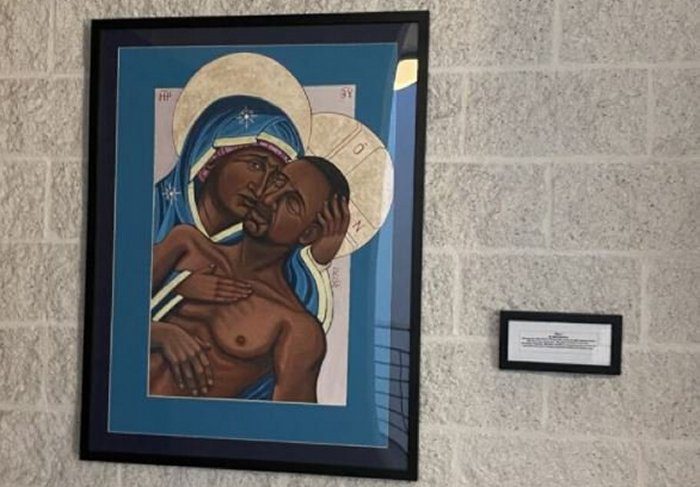 “You can identify Jesus by the marks in the halo,” said Karna Lozoya, vice president for university communications. Lozoya would not further address the matter with The Daily Signal.

“The icon has no place at The Catholic University of America; it is blasphemous and an offense to the Catholic faith, but it is not surprising at all that it was put there,” a junior at Catholic University told The Daily Signal in an email. “It is just another symptom of the liberalization and secularization of our campus.”

The plaque that this Synagogue of Satan has displayed to describe the Blaspheme reads as follows:

“Mama By Kelly Latimore
Following the violent death of George Floyd on May 25, 2020, Latimore created thi Icon in June of that year. This image is evocativeof the Pieta – The Mother of Sorrows. May Mary, the Mirror of Justice hear the cry of all who have known the sorrow of losing a loved one to violence and injustice. Amen” 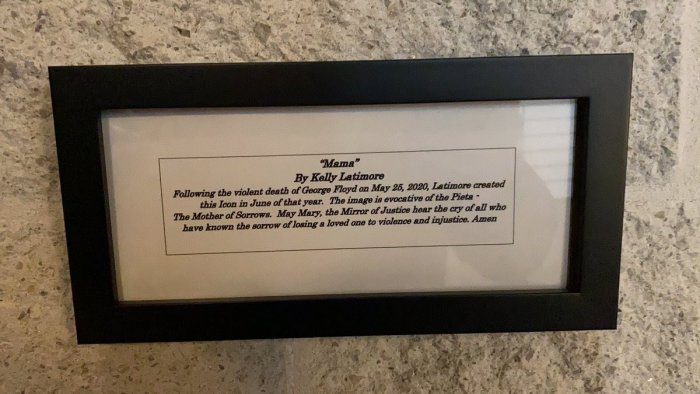 This is not the first time something like this happened.

Democrats pictured repeat felon George Floyd as an angel during his funeral. They sure pick some bizarre role models. 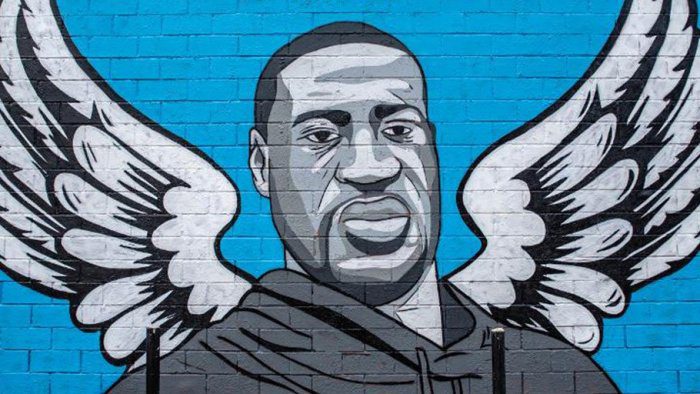 Source of the above

These Filthy Blasphemous Disciples of Lucifer had best repent and turn from their wicked ways. Look what happened when someone depicted the Criminal Dope Head as a king!

George Floyd Mural on a brick wall in Toledo, Ohio was destroyed by a lightning strike

MINNEAPOLIS (WCCO) — A mural honoring the memory of George Floyd in Toledo, Ohio has collapsed after being struck by lightning Tuesday.

According to CBS affiliate WTOL, local officials responded to the Summit and Lagrange Streets after a bolt of lightning struck the side of a building with the mural. The brick wall, along with a major section of the mural, then collapsed into rubble. 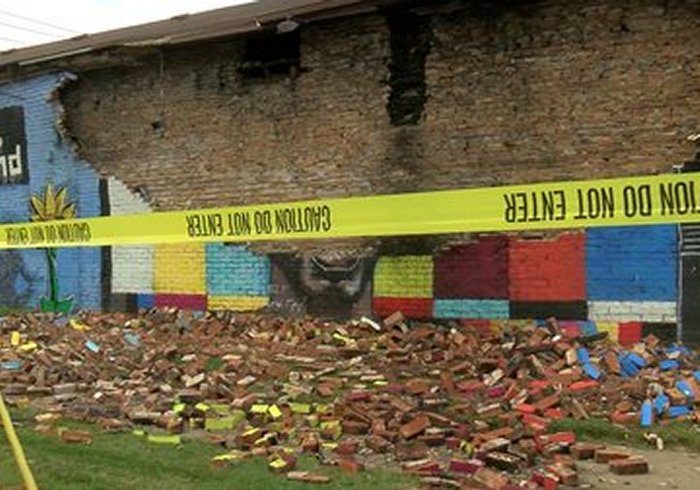