Another devils den about to convert to Catholicism! 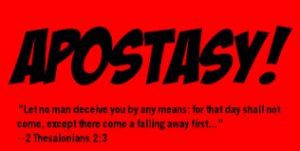 ChurchPop – During a recent Friday night service, a pastor at New Life Church, an evangelical Protestant megachurch in Colorado Springs, CO, reportedly led the congregation in something you wouldn’t normally expect: the Sign of the Cross and a prayer of a consecration to the Sacred Heart of Jesus.

Redditer /u/MarvelDCgoodwithme, who is Catholic, explained on the /r/Catholicism subreddit that his Protestant mother attends the church and thought the prayer sounded Catholic. So she took pictures of a few of the slides with the prayer, which you can see at the bottom of this article.

And sure enough, it’s a prayer for consecration to the Sacred Heart of Jesus composed by Pope Leo XIII in 1899! The slides also have a picture of the statue of St. Peter in St. Peter’s Square at the Vatican.

“She said it happened after the sermon,” the redditer explained in a private message, “the pastor presented the slides and asked the congregation to read the pray and if they agreed with it to pray it with him. The pastor also closed his prayers with the sign of the cross.”

New Life Church was founded in 1984 and has about 10,000 members. It was in the news in the early 2000s when its founding pastor Ted Haggard ( Homosexual) admitted to using drugs and regularly visiting a male escort. He was also later accused of making unwanted sexual advances on a young man in his 20s at the church. After Haggard was dismissed from his position, the church appointed a new pastor Brady Boyd who has since greatly expand the church’s reach.