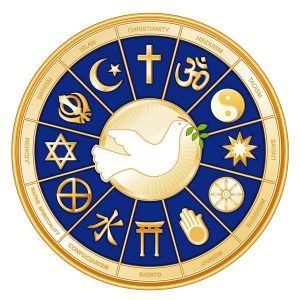 Geoffrey Grider | NTEB – The Chrislam appointments, which can be compared to the selection of cabinet ministers upon a new government, come from countries such as Democratic Republic of the Congo, Angola, Indonesia, Morocco, Cuba or Guatemala — representing “the Church’s missionary outreach and universal character,” according to Vatican News. Among his picks, Pope Francis appointed Cardinal Miguel Guixot, the President of the Pontifical Council for Interreligious Dialogue. Guixot has a long history of working with Muslim leaders on religious cooperation, having spearheaded talks with Grand Imam Ahmed el-Tayeb of Cairo’s Al-Azhar mosque, and represents Pope Francis’ push for interreligious dialogue between Catholics and Muslims.

Pope Francis has appointed 13 new Chrislam-friendly cardinals during a ceremony at the Vatican on Saturday, many of whom symbolize his priorities for the Catholic Church during his papacy and ultimately, his legacy.

What started as a trickle has turned into a full-on prophetic flood of activity surrounding the moves in 2019 by Pope Francis to create the One World Religion of Chrislam as foretold in the book of Revelation. With the Roman Catholic Church representing counterfeit Christianity, we are seeing the Vatican working to add not only Islam but the LGBTQ+P for Pedophile Movement as well, and they have already made incredible strides as you will in this breaking story. Just last week we told you that construction had been approved on the new Chrislam headquarters in Abu Dhabi that sent prophecy shock waves around the world.

“For God hath put in their hearts to fulfil his will, and to agree, and give their kingdom unto the beast, until the words of God shall be fulfilled. And the woman which thou sawest is that great city, which reigneth over the kings of the earth.” Revelation 17:17-18

So here we see Pope Francis appointing new cardinals, 13 of them to be exact, nothing new about that, right? Happens all the time, right? Wrong. What is different about the appoint of these 13 cardinals is that every, single one of them are in agreement with the pope on the covenant of ‘mutual brotherhood’ signed back and February, and on adding the LGBTQ+ as ‘members in good standing’ to the Catholic Church. This is Chrislam, and the addition of these two seemingly opposing groups represents over 1.5 billion people. (The mere fact that the pope is able to form an alliance with both the LGBTQ+ and Islam should show you who is the power behind him.) When added to the Roman harlot, that will create a One World Religion that is comprised of nearly 50% of the global population! Are you now starting to see how massive the end times army of Antichrist will be? This is what these 13 new cardinals truly represent, and as long as we are on the subject, remember that 13 in the Bible is the number of rebellion.

“And I beheld another beast coming up out of the earth; and he had two horns like a lamb, and he spake as a dragon. And he exerciseth all the power of the first beast before him, and causeth the earth and them which dwell therein to worship the first beast, whose deadly wound was healed.” Revelation 13:11-12

It is wonderfully startling to see all these things, decades in the making, now not only coming to life but in a blizzard of prophetical activity. Remember when you first got saved and read the Bible, and wished that you lived in a day when prophecy was being fulfilled in front of you? Remember when you first read ‘Left Behind‘ and longed to see that level of prophecy come leaping off the pages of the Bible? Welcome to that day. Flight #777 on Titus213 Airlines now boarding…

FROM CNN: The Pontiff’s new cardinals have defended the commitment to fighting populism, supported the inclusion of gay Catholics, sought to improve inter-religious dialogue with Muslim communities, and expressed concern with the environment and youth issues, according to their biographies.

The appointments, which can be compared to the selection of cabinet ministers upon a new government, come from countries such as Democratic Republic of the Congo, Angola, Indonesia, Morocco, Cuba or Guatemala — representing “the Church’s missionary outreach and universal character,” according to Vatican News. Among his picks, Pope Francis appointed Cardinal Miguel Guixot, the President of the Pontifical Council for Interreligious Dialogue.

Guixot has a long history of working with Muslim leaders on religious cooperation, having spearheaded talks with Grand Imam Ahmed el-Tayeb of Cairo’s Al-Azhar mosque, and represents Pope Francis’ push for interreligious dialogue between Catholics and Muslims.

As does Cristobal Romero, archbishop of Rabat, is representative “of the church in North Africa,” Vatican News writes. British citizen Michael Louis Fitzgerald has worked with people “from other faiths, especially from the Arab culture,” and Indonesian Ignatius Suharyo Hardjoatmodjo, who will work as a bridge to South East Asia and to Indonesia, a country “with the biggest Muslim following in the world,” Vatican News says.

Newly minted Cardinal Matteo Zuppi of Bologna is a supporter of LGBT Catholics, writing an essay for the Italian version of a book on how the Catholic church can reach out to the gay community, according to a tweet by the book’s author, the American Jesuit priest James Martin.

Pope Francis also appointed Jean-Claude Hollerich from Luxembourg, who has been outspoken about the importance of fighting populism and protecting migrants. Alvaro Imeri, from Guatemala, was also picked because of “his openness to dialogue, especially among indigenous people and migrants.” Archbishop of Kinshasa, DRC, Fridolin Besungu was also appointed to contribute to peace in his country and the region. READ MORE

The creation of 13 new Cardinals, from St. Peter’s Basilica, Vatican City. Presided by Pope Francis. The new Cardinals are as follows: