National Catholic Reporter: ‘AOC Is the Future of the Catholic Church’

The progressive National Catholic Reporter has declared radical Democratic Rep. Alexandria Ocasio-Cortez to be “the future of the Catholic Church.”

Proverbs 9:13 “A foolish woman is clamorous: she is simple, and knoweth nothing.” 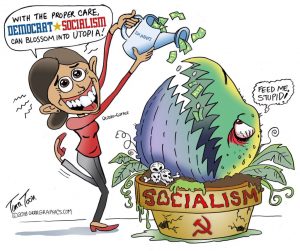 Sean Adl-Tabatabai | News Punch – In an op-ed published Monday, NCR’s executive editor Heidi Schlumpf heaped praise on AOC, calling her a “rock-star millennial leader of the left” who “grew up Catholic and even wrote about how her faith influences her views on public policies such as mass incarceration, for a Catholic magazine.”

As I listened to her “stunning speech” on the House floor last week, “I was struck by how often it referenced Catholic values,” Schlumpf wrote in her piece.

Proverbs 27:15 “A continual dropping in a very rainy day and a contentious woman are alike.” 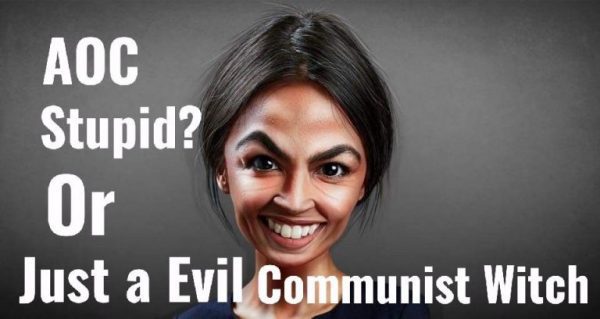 Breitbart.com reports: The National Catholic Reporter is notorious for parroting the positions of the Democrat Party even when they contradict clear teachings of the Catholic Church, and over the years has pushed for abortion, same-sex marriage, women’s ordination to the priesthood, an end to celibacy, and greater restrictions on religious liberty and conscience objections.

It is unsurprising, therefore, that among Rep. Ocasio-Cortez purportedly “Catholic” values one discovers a full-bore embrace of the Democrats’ advocacy of taxpayer-funded abortion-on-demand as a “human right.”

Ocasio-Cortez has slammed attempts to pass legislation protecting unborn children, insisting that they are about “owning women” and establishing theocracy in America.

Laws criminalizing or restricting the killing of infants reveal that a woman’s right to receive an abortion “threatens a core element underpinning right-wing ideology: patriarchy,” she added. “It’s a brutal form of oppression to seize control of the 1 essential thing a person should command: their own body.”

Last year, Ocasio-Cortez went further still, launching a petition to repeal the Hyde Amendment, which prevents federal funds from being used for abortion.

“It’s estimated that over 60,000 women are forced to go through with unwanted pregnancies every year just due to a lack of access to care. In a modern, moral, and wealthy nation such as the United States, that is unacceptable,” she wrote in an email to supporters, adding that access to abortion is “non-negotiable.”

“But thanks to partisan sabotage and zealotry, women across the country are losing access to this constitutionally protected right,” she said.

In response, the United States bishops reiterated the Church’s long-standing opposition to abortion and support for the Hyde Amendment.

Archbishop Joseph Naumann of Kansas City, head of the Bishops’ Pro-Life Committee said that abolishing the Hyde Amendment would undo over 40 years of broad, bipartisan consensus on freedom of conscience.

“Why should taxpayers pay for something that they find morally objectionable?” Naumann asked, noting recent attempts by lawmakers to equate abortion with health care. “When you’re destroying a human life, this isn’t health care.”

According to official Catholic Church teaching, abortion constitutes murder and anyone procuring an abortion is automatically excommunicated from the Church.

“Since the first century the Church has affirmed the moral evil of every procured abortion,” The Catholic Catechism states. “This teaching has not changed and remains unchangeable. Direct abortion, that is to say, abortion willed either as an end or a means, is gravely contrary to the moral law.”

Apparently, in the minds of the directors at the nominally Catholic NCR, the future of the Catholic Church is taxpayer-funded abortion for all, an eminently “Catholic” value.

If there is to be a future for the Catholic Church in the United States, Schlumpf writes, it must “resemble Ocasio-Cortez in her passion for justice and human dignity, and in her courage and integrity, even in the face of vulgar attacks.”

Proverbs 30:20 “Such is the way of an adulterous woman; she eateth, and wipeth her mouth, and saith, I have done no wickedness.”