What does it even mean to be a ‘Catholic’ university, anymore? 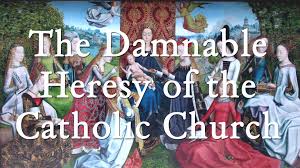 Daniel Payne | Assistant Editor Collage Fix – If your school condones abortion and LGBT activism, in what sense are you ‘Catholic’?

Three snapshots of a church’s educational mission in crisis: A Catholic college in Wisconsin covers abortion in its student health insurance plan. A Catholic college in Canada refuses to take a position on abortion. A Catholic university in Maryland sponsors an event featuring a host of pro-abortion speakers, pro-choice activists and professionals, LGBT activists, church dissenters of various stripes.

Are these schools Catholic? If so, how?

The struggle to define Catholicism has been around since the time of Saint Paul, of course, so the question itself is nothing new. But it is still at least worth asking. The issue of Catholic education has in recent years turned on the question of how much of the faith an institution should practically implement and/or insist upon as a matter of community: Not everyone who attends a Catholic school is going to be Catholic, so to what extent should the school impose a Catholic character on its student body and staff?

It’s an open and interesting question. Yet it seems foregone that, at a minimum, a school should not be in the business of promoting, sponsoring or abetting abortion and gay activists. These are not ambiguous church teachings; they are plain, well-settled, uncontested and a central part of the faith of the Church. There is not really any wiggle room on these matters.

It is thus worth asking if schools that so publicly flout these indispensable religious precepts can honestly lay claim to the mantle of Catholicism. Lax, erroneous implementation of the faith has distinctly negative consequences: Many politicians who graduated from Catholic institutions, for instance, are broadly supportive of abortion rights. If Catholicism can’t even transmit its own core teachings to the very people it educates, it will find itself increasingly irrelevant in an a religious, amoral, and in many cases immoral world that it helped create.