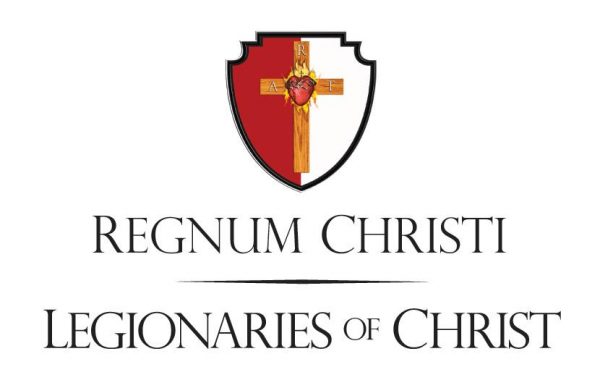 By Bible Prophecy – Marcial Maciel, founder of the Catholic order of “Legionaries of Christ,” was found to have sexually tortured at least 60 boys, including his own children, a report by the group showed (only after Maciel died; and we saw the same thing happen in the case of Jeffrey Epstein, and the UK’s Jimmy Savile and Cyril Smith, Minister of Parliament).

Let’s stop right here for a moment. All the news headlines that I have seen refer to this report as “abuse,” or “sex abuse.” The boys that were sexually tortured by Maciel were as young as 11!

A grown man’s sexual contact with a small boy is TORTURE and it can’t be described as anything else! So, why do news media describe these heinous crimes as “abuse,” when the act is literally TORTURE? It can only be for the purpose of downplaying the literal TORTURE that these children have endured!

How many people (in their right minds) know that a man with a boy…DOESN’T FIT?!

Let’s just get one thing straight:

Now that this fact has been dealt with, we can proceed to the next issue, “the groups’” investigation of itself!

Why is the Catholic “Church,” and of all people within that apostate church, members of the Legionaries themselves, investigating these sex/torture crimes against children? Why aren’t law enforcement officials in Mexico and Italy investigating these heinous crimes? Isn’t this essentially the fox guarding the hen house?

Why do the nations put up with the Catholic abomination, when they have tortured hundreds of thousands of children in pedophile “priest” molestation cases throughout the world?! (see statistical data, which is understated due to unreported cases: https://en.wikipedia.org/wiki/Catholic_Church_sexual_abuse_cases)

Why aren’t nations prohibiting the Catholic “Church” from running orphanages all over the world?

Why aren’t they rescuing the orphans who reside in Catholic orphanages (pedophile cages)?

Certainly you know that when it comes to even a hint of possible child abuse in any other case, people are presumed guilty, until proven innocent, for the “protection of children.” In other words, they take your children, investigate you, and if you are cleared, they give your children back to you, perhaps with an apology – or not!

Jesus said society will be like the days of Lot at the time of His return:

Luke 17:28-30 “Likewise also as it was in the days of Lot; they did eat, they drank, they bought, they sold, they planted, they builded; 29 But the same day that Lot went out of Sodom it rained fire and brimstone from heaven, and destroyed them all. 30 Even thus shall it be in the day when the Son of man is revealed.”

The reason God destroyed Sodom was because the city was overtaken with homosexuality, from the young to the old (Genesis 19:4-7).

The full story, with more detail, is provided in the Book of Jasher (Yasher) 19.

Leviticus 18:22 “You shall not lie with a male as with a woman. It is an abomination”

Does anyone in America care that public schools are teaching little kids, starting at the age of 10, how to sodomize one another in their X-rated sex “education” classes? (See more information on the Home Education page)

Why doesn’t every Christian in America take their children out of the vile public schools, where children are being violated and defiled, where the schools are teaching them to be homosexuals and transgenders, which is an ABOMINATION IN THE SIGHT OF GOD?

When “Christians” wake up and do something to save the bodies and souls of their children (and those single parents need our help, Christian community), perhaps the rest of the world will notice what is happening and some of them will also wake up. We are called to be an example to the rest of the world, people of God.

The Vatican announced they are struggling to investigate 1,000 new cases just this year (2019).

The Vatican’s staff, who are handling such “investigations,” have no legal expertise to investigate sexual torture/abuse/assaults against children, yet they presume to do just that.

If we lived in a sane, rational world, law enforcement agencies would never tolerate such a charade!

The worst punishment the Vatican has administered against their pedophile priests is defrocking, so the defrocked “priest” is free to go torture children elsewhere!

Psychiatrists everyone say pedophilia is incurable. I can tell you the reason why that’s the case. Pedophilia results in a reprobate mind, no conscience. A person can only torture little children for so long, then their conscience becomes seared.

Romans 1:26-28 “For this cause God gave them up unto vile affections: for even their women did change the natural use into that which is against nature: 27 And likewise also the men, leaving the natural use of the woman, burned in their lust one toward another; men with men working that which is unseemly, and receiving in themselves that recompence of their error which was meet. 28 And even as they did not like to retain God in their knowledge, God gave them over to a reprobate mind, to do those things which are not convenient;”

The same is true for pedophiles. They are reprobates and there is no hope of redemption for them.

All convicted pedophiles need to be executed to prevent them from ever torturing other children again.

A lot of immature Christians would balk at that.

Why would anyone want to allow reprobates to continue living, those who torture children? Who wants more children to be tortured; or wouldn’t we rather see a reprobate, who commits such heinous crimes, enter hell sooner than later and save a lot of children the anguish?

“And whoever offends one of these little ones that believe in me, it is better for him that a millstone were hanged about his neck and be cast into the sea” Mark 9:42

I agree with President Donald Trump:

The Vatican abomination defrocked 848 “priests” from 2004-2014, and 2,572 were sanctioned to lesser penalties, like taking vacations and studying the Bible!

Big stinking deal – after children have been tortured!

When is law enforcement going to ban Catholics from running “orphanages?” Why are these innocent little children exposed to pedophile “priests,” while law enforcement does nothing about it?

Why is the Vatican “fox” allowed to investigate what’s going on in the “hen house” without law enforcement intervention?

For centuries the Catholic abomination burned people alive for defecting from their abominable faith, or simply criticizing the Catholics and their pagan practices; yet, the most severe punishment given to a “priest” for torturing children is excommunication!!!

When will the world stop turning their eyes away from this ABOMINATION of a “CHURCH?”

Do these facts not tell us, just as it was in the “days of Lot,” when homosexuality spanned from the young to the old (Genesis 19:4-7) , that we are living in the “days of Lot” once again, which is when Jesus said He would return?

The return of the Lord is imminent. Look around you; even public schools are defiling little children in their classrooms! (See the Home Education page for more information)

Salvation is offered to everyone who repents of sin and receives Jesus as their Lord and Savior, unless a person crosses a line with God, to the point of becoming reprobate, having no conscience (Romans 1:21-32; Hebrews 6:4-6). Now is the time of salvation for everyone; tomorrow, or even the next hour, could be too late.

Hundreds of Bible prophecies have been fulfilled and those remaining shall surely come to pass. Are you prepared to stand before God and give an account of the life you have lived on this earth (Revelation 20:12-15)? If not, salvation is only a prayer away. Please visit the How Can I Be Saved page – your eternal destiny depends on it. God bless you.

All written publications on the bibleprophecy.wordpress.com site may be copied and shared for evangelistic and educational purposes. God bless you with the Light of the world.

* Please provide attribution to this site via link. *